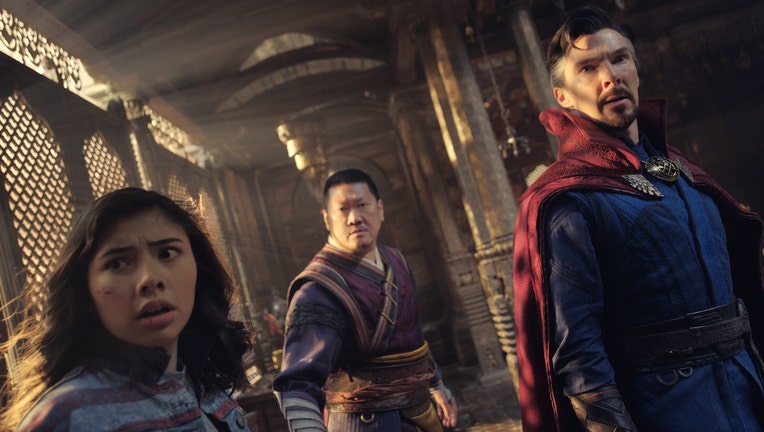 Chicago - If you’ll forgive the pun, "Doctor Strange in the Multiverse of Madness" is a strange movie. It’s one-third a sweaty act of Marvel brand expansion; one-third a somewhat confusing follow-up to the Disney+ series "WandaVision"; and one-third a pretty fun Sam Raimi action horror comedy in the vein of his "Evil Dead" series.

The latter is where the film shines, embracing a tone and aesthetic that shakes up the standard Marvel house formula with something both creepy and refreshingly colorful. While plenty of other MCU movies have marketed themselves as genre pastiches ("Captain America: The Winter Soldier" is a political thriller! "Ant-Man" is a heist movie!), "Multiverse of Madness" actually embraces the tone (and jump scares!) of a horror movie, albeit a fairly lighthearted PG-13 one. (Still, parents should seriously consider leaving all but their most horror-happy kids at home for this one.)

For those who crave style above all else in their superhero movies, that will likely be enough to make "Multiverse of Madness" an enjoyable romp, especially once Raimi goes all-out in the film’s gonzo third act (expect haunted houses, possessed witches and the director’s signature point-of-view camerawork). But for those who value things like plot, character arcs or even basic themes, however, "Multiverse of Madness" is more like a mountain of missed opportunity.

About "Doctor Strange in the Multiverse of Madness": Too many cooks in the multiversal kitchen 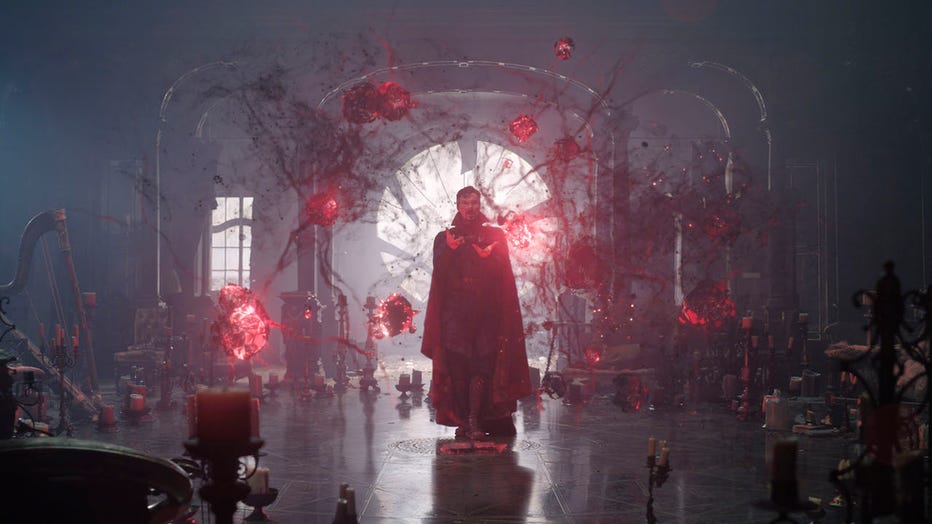 That’s perhaps not a surprise given that screenwriter/"Loki'" scribe Michael Waldron was reportedly still rewriting the script as Raimi was filming. Indeed, Raimi himself — who helped kick off the modern superhero trend with his Tobey Maguire-led "Spider-Man" movies back in the aughts — was brought onboard fairly last minute after original director Scott Derrickson left the project due to "creative differences." And "Multiverse of Madness" feels very much like a movie that was assembled on the fly, Frankensteined together from multiple contradictory drafts based on shifting MCU release dates and possible future needs of an ever-mutating franchise. The plotting is clunky, the exposition is non-stop and the rules of magic seem to change with each scene, as the film introduces one new Big Magic Term after another.

In the many multiversal possibilities for what this film could have been, one version of the script presumably centered on a mentor relationship between Doctor Stephen Strange (Benedict Cumberbatch) and America Chavez (Xochitl Gomez), a burgeoning teen superhero whose multiverse-hopping powers kick the story into action. In the final film, however, America is reduced to a single biographical detail and basically zero defining character traits beyond general pluck — more plot device than actual character.

Another draft perhaps tried to find something to do with all those characters we haven’t seen since the first "Doctor Strange" solo film in 2016, like Strange’s love interest Christine Palmer (Rachel McAdams) and frenemy Mordo (Chiwetel Ejiofor). And a different pitch maybe centered on the kind of multiverse-hopping surprise appearances that made "Spider-Man: No Way Home" such a hit. In both cases, however, no one’s heart is really in the franchise fodder — least of all the actors. Save for one cool (and brief) visual sequence, this multiverse feels less mad than studio-mandated. 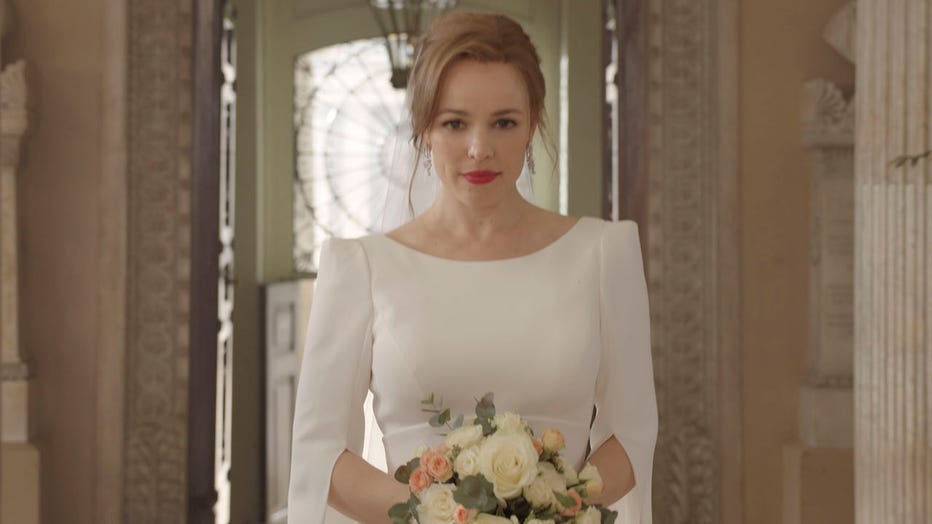 See "Doctor Strange in the Multiverse of Madness" for: The Scarlet Witch

The closest "Multiverse of Madness" comes to finding an actual emotional center is in Wanda Maximoff (Elizabeth Olsen), fresh off processing her trauma by creating a fictional family over on the Disney+ TV show "WandaVision." Olsen steals the movie with her beautifully felt, deeply emotional performance; that said, those who skipped "WandaVision" might be confused as to what exactly is going on with her story, while those who did watch might be confused about some of the directions Wanda’s arc takes here. 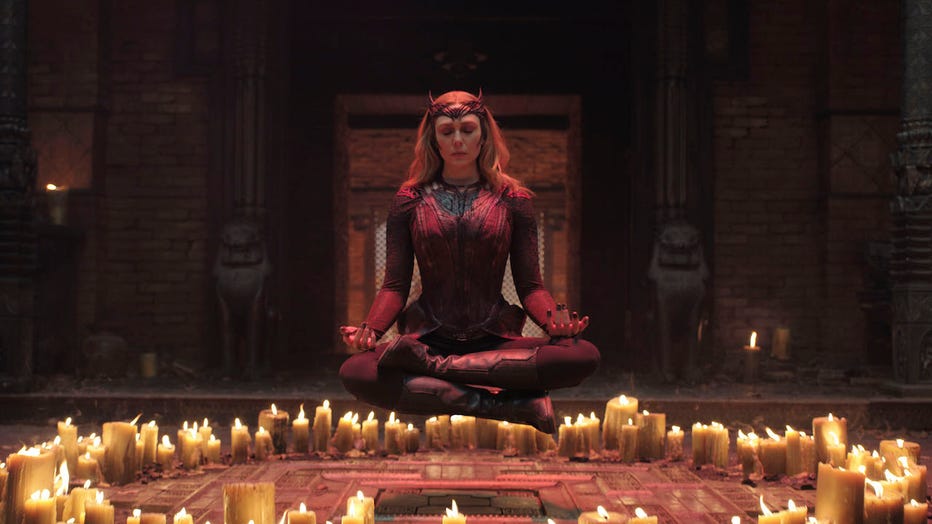 For her part, Olsen always seems to have a grasp on the contradictions between Wanda’s loving impulses as a grieving mother and her ends-justify-the-means philosophy as an all-powerful witch. But the film itself doesn’t quite know how to wrestle with those two sides of its leading lady, especially in comparison to how sympathetically it treats its similarly self-centered leading man.

RELATED: Marvel’s ‘Eternals’ is worth a second look

Indeed, maybe the strangest thing about "Multiverse of Madness" is that all its many disparate plot threads seem to be building towards a critique of Doctor Strange’s arrogance and the damage it can wreak — something Strange gets to see first-hand as he encounters various versions of himself across infinite universes. Yet just as the film reaches its thematic crescendo, it swerves to argue that none of that matters because our Doctor Strange is different. Why is he different? Who cares — here’s a music-themed battle and some zombie comedy!

It’s wild to watch a movie so purposefully build in one thematic direction only to fall back on the decidely uninteresting question of whether Strange is happy in his personal life — a proposition that’s even less satisfying when compared to the heartwrenching emotional stakes of Wanda’s story. For all the charm Cumberbatch brings to his performance, the MCU has never found a particularly compelling take on Strange as a character. And his second solo outing — and sixth overall MCU appearance — doesn’t particularly clarify the matter. 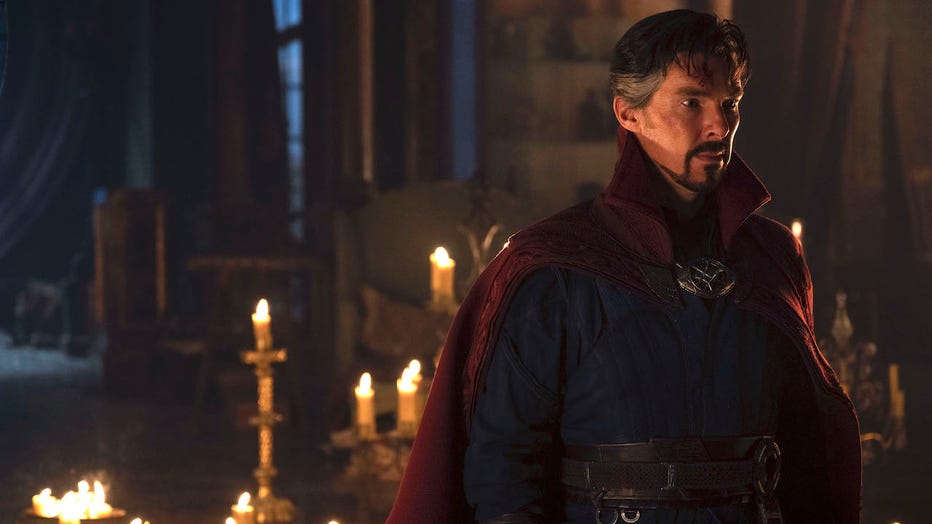 Of course, your mileage may vary as to how much you care about thematic depth in your big superhero spectacle. "Multiverse of Madness" offers visual delights galore, and if it just wanted to be a gory, cartoony, horror-tinged good time, it would be easy enough to let its conceptual weaknesses slide. But between its horror movie fun and big surprise cameos, "Doctor Strange" does seem to want to tell a serious dramatic story as well. Unfortunately it’s missing the very thing that made Raimi’s "Spider-Man" films such a success: Genuine heart.

The Evil Dead (1981): Sam Raimi kicked off what’s arguably the greatest cult franchise of all time (and a decades-long collaboration with actor Bruce Campbell) with this raucous supernatural horror flick, which despite its undeniable influence on the genre and the many copycats it spawned still feels original all these years later. Rated NC-17. 85 minutes. Dir: Sam Raimi. Also featuring Ellen Sandweiss, Richard Demanicor, Betsy Baker, Theresa Tilly, Ted Raimi.

Dead Ant (2017): It’s a tale as old as time: a one-hit-wonder ‘80s glam rock outfit has a shot at a big comeback, but their trip to Coachella is derailed by a peyote-fueled stop in the desert and some bloodthirsty ants. Not quite as well known as Sean Astin’s other road movie where a band of travelers face untold dangers in pursuit of a vital goal, but here he’s facing ants, not ents. Rated TV-MA. 97 minutes. Dir: Ron Carlson. Also featuring Tom Arnold, Jake Busey, Natasha Blasick.

Season of the Witch (1972): Groundbreaking horror auteur George A. Romero turns his gaze from the zombies of "Night of the Living Dead" to a friendly neighborhood coven. A bored housewife begins to explore both extramarital sex and witchcraft as an escape from life’s tedium. Thought lost for years, "Season of the Witch" was restored for this release. Rated R. 89 minutes. Dir: George A. Romero. Featuring: Jan White, Ray Laine.