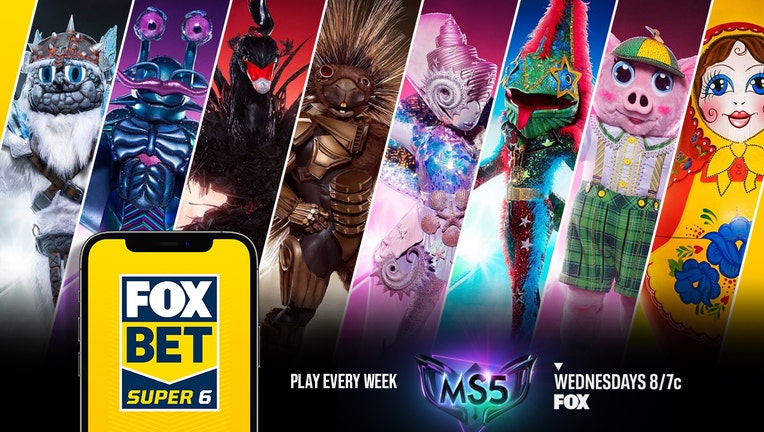 LOS ANGELES - Last week’s reveal of the Orca had one lucky fan swimming in cash after an explosive episode of "The Masked Singer."

Each week, viewers are given the chance to predict six questions related to each week’s episode on the FOX Super 6 app — and in return, fans can win up to $10,000.

Getting all six answers correct increases a participant’s chance of winning, but the prize drawing is random. Even one correct guess could snag "The Masked Singer" fans big bucks.

Last week, nearly 194 entries were cast and 30% of participants were able to correctly guess that the Orca would be the contestant to be sent home.

The Orca turned out to be ‘90s legend and singer of the band Sugar Ray, Mark McGrath.

Wednesday’s big reveal on the fifth season of The Masked Singer was a whale of an episode.

In the previous week, only 20% of participants were able to correctly guess that the Bulldog would be the contestant to be sent home.

This week’s questions are:

Stephanie Weaver contributed to this story. This station is owned by the FOX