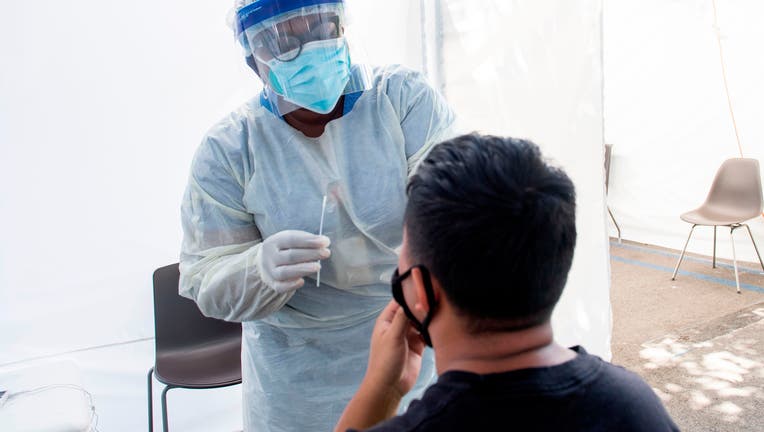 During Tuesday's City Council meeting, City Manager Jaime Fontes outlined reasons why East Palo Alto is disproportionately affected by the COVID-19 pandemic and how the city is responding.

Workers risk exposure as they work frontline jobs, and crowded housing makes it difficult for some to isolate if needed.

The pandemic makes it even harder for low-income residents to afford rent, as unemployment soared to a rate of 12.1 percent in June this year, compared to a yearly average of 2.4 percent in 2019, according to California's Employment Development Department.

Residents may also face a lack of healthcare coverage and food insecurity, as they struggle to afford basic necessities.

Fontes also said that the city's demographic makeup also makes the population vulnerable. East Palo Alto is 62.1 percent Hispanic or Latino and 11.8 percent Black, groups that are more likely to develop diabetes, according to the CDC. People with preexisting conditions like diabetes have an increased risk of severe illness if they contract COVID-19.

Mayor Regina Wallace-Jones has long been aware of these disparities, and helped advocate for a local testing site in East Palo Alto in May.

"One of the biggest solutions that helps people recover is early identification and early intervention. And that comes from testing," Wallace-Jones said in a previous interview.

The city partners with the county to offer a local testing through Project Baseline, a national research initiative which provides Covid-19 testing in 51 of California's 58 counties.

Testing is also available at the Ravenswood Family Health Center and at Stanford.

Fontes said that as of Tuesday, the city had tested 10,100 people at local sites. Of those, 6,858 are tests from East Palo Alto residents.

Of those 6,858 tests, 1,057 were positive, resulting in a positivity rate of 15.4 percent, more than three times the county's positivity rate, which was 4.1 percent as of Friday.

The city's response has focused on targeted messaging via social media, an email newsletter and a resource hub on their upgraded website.

City Clerk and Public Information Officer Walfred Solorzano said that since he joined the city staff in October 2019, his focus has been to increase messaging to the community, especially to Spanish-speakers.

Since October, the city's audience on their Facebook and Twitter accounts has grown between 30 and 40 percent. The most recent post on its Facebook page is a short video captioned "Mantenga sus manos limpias" or "Keep your hands clean".

The city also upgraded its website in August, making it easier for residents to navigate and find resources for food and housing. Every week, the city sends a newsletter to email subscribers, outlining resources and COVID-19 testing centers.

In addition to educational messaging, playgrounds and public restrooms at parks are closed. There are COVID-19 social distancing protocols at the city departments and the city's shopping center, as required by San Mateo County's health order.

During Tuesday's meeting, Mayor Regina Wallace-Jones asked how the city was enforcing COVID-19 restrictions, as she had received resident concerns about private social gatherings and mask enforcement.

Fontes, the city manager, said that the police department is taking a softer approach to enforcement, one that focuses on education instead of police going person to person to enforce mask-wearing. They also plan to buy and distribute masks instead.

This is to prevent the spread of the virus if police are in close contact with residents.

"I have to make sure we have a viable police force for the extent of this pandemic. If I start using them to enforce, I risk getting them sick," Fontes said, adding that it is hard to replace members of the police force when they're forced to isolate due to COVID-19 exposure.

Fontes also said that given the racial justice protests that erupted in cities over the last several months, he wanted to avoid encounters that could upset people or potentially lead to violence.

He also said it is hard to enforce restrictions on private social gatherings, as police need probable cause to enter private property if they receive a tip about a social gathering. In some cases, the most they can do is knock on the door and make inquiries about the number of people in attendance.

Fontes said that city staff will present the council with COVID-19 related policy and action items at future meetings.