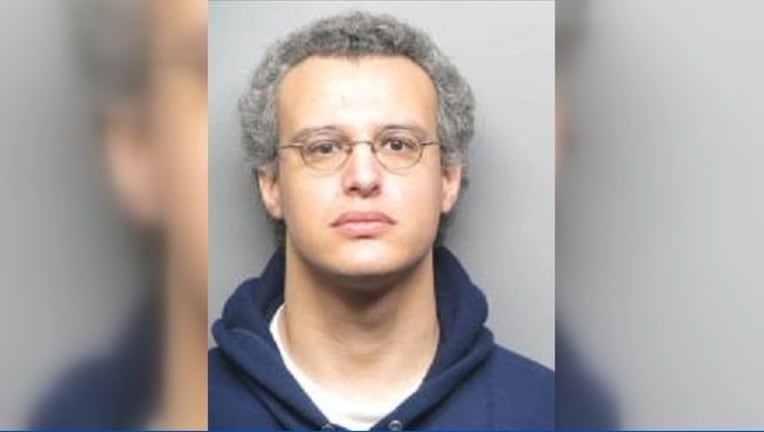 Christopher Silva, 41, was arrested at his Richmond home Wednesday on suspicion of soliciting and being in possession of child pornography. Photo courtesy of El Cerrito police

Christopher Silva, 41, was arrested at his Richmond home Wednesday on suspicion of soliciting and being in possession of child pornography, according to police Lt. Lauren Caputo. Caputo said Silva is now out on bail.

Silva was put on administrative leave the day he was arrested, according to Marcus Walton, a spokesman for the West Contra Costa Unified School District.

In a letter sent out to parents, Superintendent Matthew Duffy and Principal Patricia Crespo said the accusations don't involve any current students.

But they didn't offer any other details about the investigation. Neither did the police.

"We are obviously shocked and dismayed by these allegations and will be working to support all ECHS students in coping with this disturbing news," Duffy and Crespo said in their letter to parents.

They also asked parents not to speculate about what may have happened.

"While this is disturbing news, we are asking that you refrain from spreading rumors and speculating about this situation," Duffy and Crespo said.

Counseling services are available to students and staff affected by the news. A teacher who taught English at the high school last year will take over Silva's classes for the rest of the year.

Duffy and Crespo said all teachers must pass a California Department of Justice and FBI background check to be hired.

Caputo asked any potential new victims, or anyone with information about the case, to get in touch with police at (510) 215-4418 or investigations@ci.el-cerrito.ca.us.

It wasn't immediately clear if Silva had an attorney.