SOLANO COUNTY, Calif. - Two people described as elderly were airlifted to a local hospital on Sunday after suffering injuries from a cow chase while hiking in a Solano County park, according to the California Highway Patrol.

CHP helicopter H-32 responded to the call at Lynch Canyon Regional Park, an open, hilly space north of Vallejo, and found the injured couple on a trail with a cow and calf standing feet away.

Officials hovered above the scene and sounded the helicopter’s siren to move the animals.

A CHP flight officer and paramedic made contact with the couple and determined a hoist rescue was needed. One-by-one, they were lifted approximately 75 feet and flown to crews waiting at the trailhead.

It’s not clear what caused the cow to chase the couple. They were transported to a local hospital for treatment.

The same helicopter responded to two other injuries in North Bay parks on Sunday.

At Lake Berryessa in Napa County, two 18-year-old women jumped off a rock and suffered injuries when they landed in the water, CHP said. One was knocked unconscious and they were both pulled to safety by a good Samaritan. CHP H-32 flew one of them to Santa Rosa Memorial Hospital and the other was transported to Kaiser in Vacaville.

Back in Solano County, the same helicopter lifted a woman to safety who had fallen on the Blue Ridge Trail in the Putah Creek Wildlife Area. Rescue crews found the women in critical condition. She was hoisted to a waiting ambulance and transported Kaiser in Vacaville. 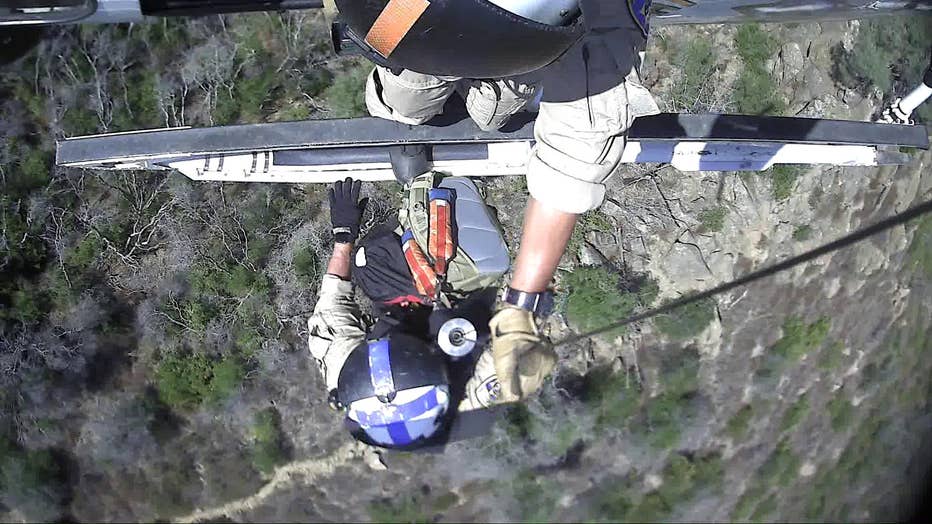