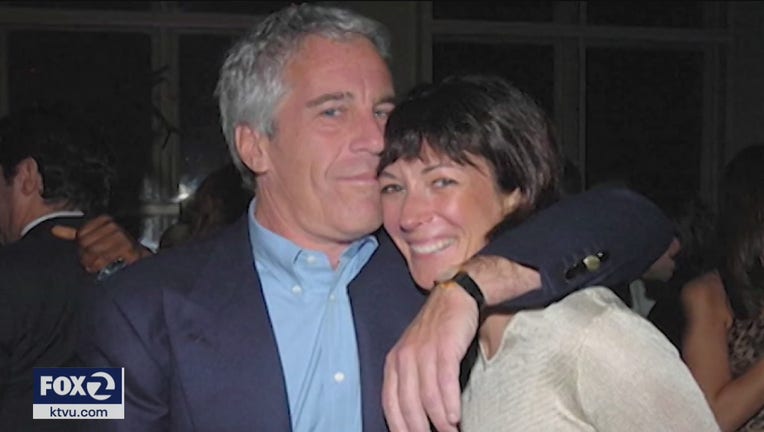 NEW YORK - Before Jeffrey Epstein’s jailhouse suicide last year, his defense hinged on a 2008 deal with federal prosecutors in Florida over his alleged sexual abuse of multiple teenage girls. His lawyers said it prevented him from being charged with further crimes.

Maxwell’s lawyers haven’t outlined their defense strategy, but her legal team is bound to raise the issue in the months ahead.

The British socialite was arrested Thursday in New Hampshire on charges that she acted as a recruiter of underage girls for Epstein, usually under the guise of hiring them to perform massages, and sometimes participated in his sexual abuse of the teens.

The allegations against the couple date back many years, but Epstein, for a while, appeared to have resolved them under a deal with federal and state prosecutors in South Florida in which he pleaded guilty to lesser state charges and served 13 months in jail and a work-release program.

After a Miami Herald expose brought new attention to the case, the U.S. attorney in Manhattan brought new charges against Epstein last July, arguing that the 2008 deal only applied to the specific U.S. attorney’s office in Florida that made the agreement — not all 94 federal prosecutor’s offices in the country.

A key for Maxwell is that agreement also sought to prevent criminal charges from being brought “against any potential co-conspirators of Epstein."

The agreement lists four women by name, possibly because they received subpoenas or “target letters” from the government over allegations they were paid to recruit girls for Epstein. However, the agreement notes, it is "not limited to” only them.

Maxwell was not one of the four women identified by name in the agreement, but former Miami federal prosecutor David Weinstein said the “not limited to” wording is broad enough for her lawyers to contend it applied to her, too.

Gerald Lefcourt, a lawyer who negotiated the 2008 agreement, told the AP last year that he “would never have signed the agreement or recommended it unless we believed that it resolved what it said: all federal and state criminal liability.”

In Maxwell’s indictment, the New York prosecutors appeared to build in an insurance policy — deliberately charging her with crimes occurring in the 1990s, a time period slightly before the activities with underage girls that were the subject of Epstein's 2008 guilty plea.

If a judge were to rule that the New York prosecutors were indeed bound by the non-prosecution agreement, they could then argue that “this stuff happened before, so it’s not covered and therefore Maxwell’s not protected,” Weinstein said.

A message seeking comment was left Friday for Maxwell’s lawyer. She is being held without bail in New Hampshire and has previously denied any wrongdoing.

Maxwell may not have necessarily counted on the Epstein deal to protect her. In court papers filed Thursday, prosecutors said she went into hiding after Epstein's arrest last year and took steps to avoid detection before she was apprehended in New Hampshire.

In a memo requesting that she remain jailed until her trial, prosecutors said Maxwell, 58, is linked to more than 15 bank accounts with balances ranging from hundreds of thousands of dollars to more than $20 million.

Furthermore, they said, she has citizenship in France, where she was born; the United Kingdom, where she has long-lived; and the U.S., where she was naturalized in 2002, and possesses passports from all three countries.

As authorities closed in on Epstein, Maxwell continued to travel frequently, prosecutors said, making at least 15 international flights in the last three years to places including the UK, Japan, and Qatar before ending up in a home on a 156-acre property in Bradford, New Hampshire, that was purchased for more than $1 million in cash through a limited liability corporation last December.

That’s where she was arrested.

While in seclusion, prosecutors said, Maxwell changed her phone number and registered it under the name “G Max,” adopted a new email address and ordered deliveries that had a different name on the shipping label.

“Let me assure you that this case will continue on against anyone who was complicit," Barr said at the time. “The victims deserve justice, and they will get it.”

One famous name, Britain’s Prince Andrew, has denied a woman’s allegation that Maxwell arranged for them to have sex at her London townhouse in 2001, when she was 17. Andrew has said the woman was “totally lying."

The woman’s allegation was not included in the charges filed Thursday against Maxwell, but at a news conference following the arrest, Acting U.S. Attorney Audrey Strauss said her office was still interested in speaking with the prince.