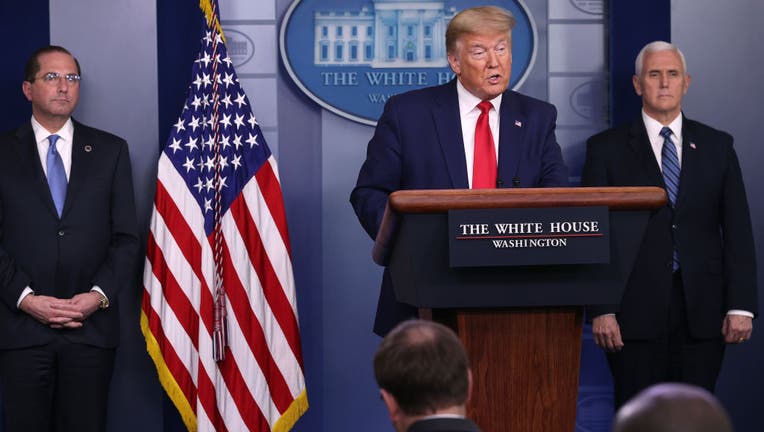 WASHINGTON (AP) - President Donald Trump says his administration is encouraging many Americans to wear face masks in public, though he stresses that the recommendation is optional and is conceding that he will not be complying with it.

Though some people already have begun acquiring or creating face masks on their own, the administration’s new guidance could test the market’s ability to accommodate a surge in demand. It was expected to be limited to people in areas of the country hit hard by the coronavirus, not nationwide, as some health experts had urged.

The new guidelines announced Friday encourage people to use more rudimentary covering like T-shirts, bandannas and non-medical masks. And President Donald Trump himself suggested scarves could be a good alternative to masks.

The new recommendations were announced at a time when states are bracing for critical shortfalls like those that other parts of the world have experienced. They’re scrambling to stockpile all manners of equipment.

In New York, Gov. Andrew Cuomo said Friday he would use his authority to seize ventilators and protective gear from private hospitals and companies that aren’t using them.

Trump, who foreshadowed the guidance at a White House briefing on Thursday, sought to minimize any burden by stressing the recommendations would not amount to requirements.

Medical masks, particularly N95 respirators, are in short supply and are to be left for those on the front lines of fighting the spread of the infection.

“If people wanted to use scarves — which they have, many people have them — they can. In many cases, the scarf is better, it’s thicker,” Trump said. “Depending on the material, it’s thicker.”

He said the recommendations are voluntary “because some people don’t want to do that” and that “people can pretty much decide for themselves right now.”

The administration has said states should have done more to stockpile medical supplies, but it’s not clear if anyone is prepared for the rush that could ensue if everyone follows the White House guidance.