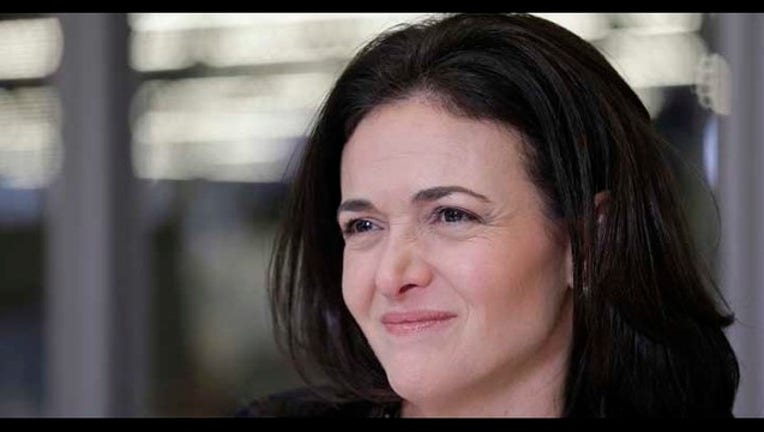 SAN FRANCISCO (AP) — Facebook executive Sheryl Sandberg has enlisted NBA stars LeBron James, Stephen Curry and some of the basketball league's other top players to convince more men to join the fight for women's rights at home and at work.

The players will deliver the message in public service announcements aired during NBA games on major TV networks over the next few months.

Sandberg is hoping to persuade men that they will be better off financially and emotionally if they take more responsibility for housework and child care, while also backing equal rights for women at work.

"Gender equality doesn't just benefit women, it benefits men in lots of ways," Sandberg said in an interview with The Associated Press. Among other things, she believes most women are likely to have sex with their husbands or partners more frequently when they get more help at home — a phenomenon she has branded as "choreplay."

The clips featuring the basketball stars are part of a partnership to be announced Thursday between the NBA and LeanIn.org, a nonprofit group Sandberg started two years ago with the publication of a best-selling book advising women on the steps they should take to ensure they get the same opportunities as men traditionally have.

The book, "Lean In: Women, Work, and the Will to Lead," also urged men to do more to support the women and girls in their lives.

Sandberg, Facebook's second-highest ranking executive behind CEO Mark Zuckerberg, is counting on the NBA's appeal to connect with millions of sports-loving men who haven't read her book.

LeanIn.org is providing men with tips on how to help in brochures that will be available online as part of the campaign with the NBA.

Facebook is among a long list of major Silicon Valley companies with a dearth of women in engineering and other technical positions, where the best-paying jobs are found. Women hold just 15 to 20 percent of the technology jobs at Google, Apple, Facebook and Yahoo, according to company disclosures made during the past nine months.

"Certainly technology has an uphill battle to fight, but no industry has gotten to where it should be," Sandberg said. "The only way anything really changes in society is when we have everyone in society pulling together."

Several technology companies, including Facebook Inc., Google Inc., Yahoo Inc. and Microsoft Corp., are backing a campaign that will be punctuated with (hashtag) LeanInTogether. As part of its participation, Google will be promoting the cause Thursday on the main page of its heavily trafficked search engine.

The National Basketball Association has been running a separate league for women for nearly 20 years. Several WNBA players, including All-Stars Sue Bird and Skylar Diggins, appear in the public service announcement that also features the Golden State Warriors' Curry and the Cleveland Cavaliers' James, the players who got the most votes in the fan balloting for last month's NBA All-Star game.

The union representing the NBA players also elected a woman, Michele Roberts, as its executive director last year. Meanwhile, the San Antonio Spurs hired woman, former WNBA star Becky Hammon, as an assistant coach at the start of this season.

"The NBA is committed to creating a work environment that expects — and benefits from — gender equality," NBA Commissioner Adam Silver said.