ANTIOCH, Calif. - A growing memorial sits outside Deer Valley High School in Antioch to remember a student who died after he was shot at a school basketball game.

People left teddy bears and balloons for Jonathan Parker, whose nickname was “John John,” at the impromptu memorial. The 16-year-old was shot three times Friday shortly before 9 p.m. in the school’s parking lot after the game. The game had been against Antioch High School. Police said people were exiting the gym when a large group of kids started fighting in the parking lot.

Parker's aunt, Aurora Solorio said her nephew was surrounded and attacked by other teens.

"You see (pointing to video of the fight) he falls to the floor and they start jumping on him," she said.

The school announced the Deer Valley Student had died on Sunday.

"It's horrible,” said another aunt of the teen who asked to remain anonymous. “My sister lost a baby. I watched my sister, my baby sister watch her son take his last breath. This isn't OK? Where was security? This is a high school. These are young kids. They shouldn't have to fear coming to a basketball game or coming to a dance."

"We… denounce this senseless violence and call on the community to come together to address such vicious brutality,” Oyebade wrote. “Our children must be taught that solving disagreements with violence is not the answer and that there are other ways to resolve our differences that do not result in the unjust and unnecessary killing of our youth."

As Antioch police search for the shooter and investigate the motive, friends, and relatives are trying to process the loss.

Those who knew Parker best said he was still a kid who liked riding his bike and playing video games.

"He had a heart of gold. He never hurt anybody. He didn't deserve this. Johnathan was an amazing person. If you knew him, he was extraordinary," Solorio said.

Friends called him "John John" and his brother called him "Mufasa" after the character in the movie Lion King because of his long hair.

The boy's aunt Margarita Gurule said, "When he entered a room, his smile alone would light up the whole room. He was the type of person who wanted to see everybody else happy, even if he wasn't." 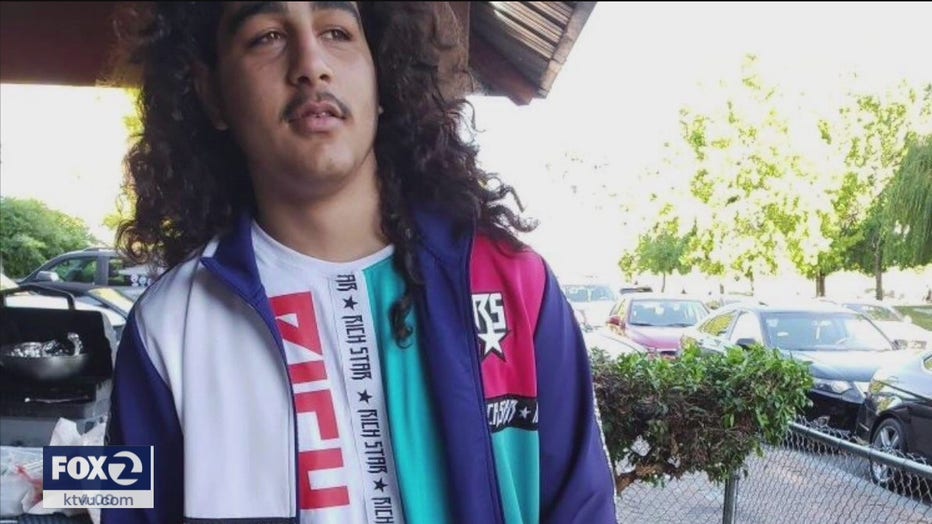 A boy's aunt is sad and angry after her 16-year-old nephew was shot to death after a school basketball game. Feb. 2, 2020