A teen was struck by three bullets at the Deer Valley High School parking lot.

ANTIOCH, Calif. - Police in Antioch are investigating a shooting that occurred Friday night in the parking lot of Deer Valley High School.

Officers with the Antioch Police Department responded Friday at 8:44 p.m. to the high school at 4700 Lone Tree Way on a report of shots fired in the parking lot.

The victim, a current student at the high school, was transported to the hospital and was in critical condition Saturday morning, according to police.

Police said people were exiting the high school gym when a large group of juveniles started fighting in the parking lot, and shots were fired. 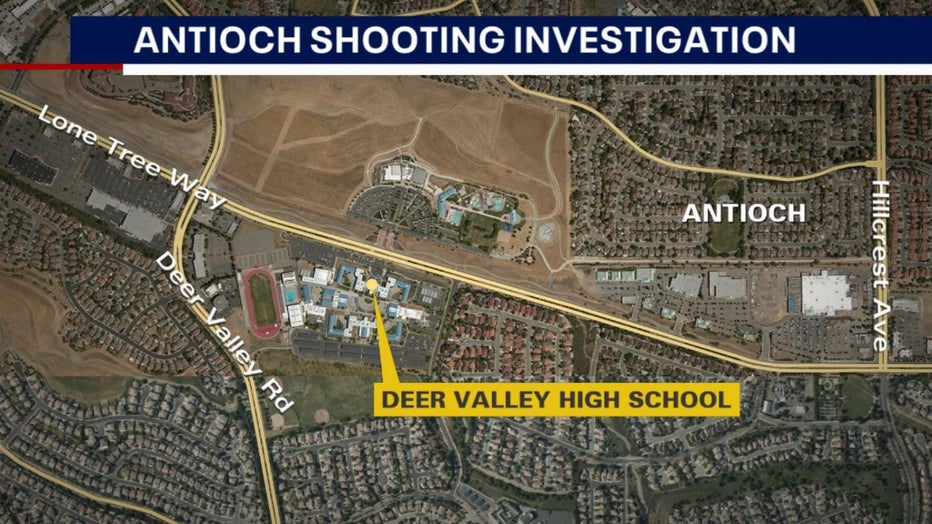