Federal prosecutors on Thursday charged 44 people with allegedly trafficking illegal drugs into the Bay Area from Mexico. Authorities said some of the drugs came from the international organized crime group known as the Sinaloa Cartel.

SAN FRANCISCO - Northern District  U.S. Attorney David Anderson on Wednesday announced the arrest of 44 people on a variety of drug and gun charges spanning 15 separate cases including a huge methamphetamine bust in the South Bay.

A total of 18 are still in federal custody and 12 are at large. Anderson said most of the remaining defendants have been released on bail.

Specifically, Anderson said that 572 pounds of meth was found on Jan. 22 in Sunnyvale and was the largest federal seizure of its kind in Northern California.

Search warrants were served in San Jose, Vallejo, Half Moon Bay, Southern California and Arizona. The operation is a culmination of a 2-year investigation. 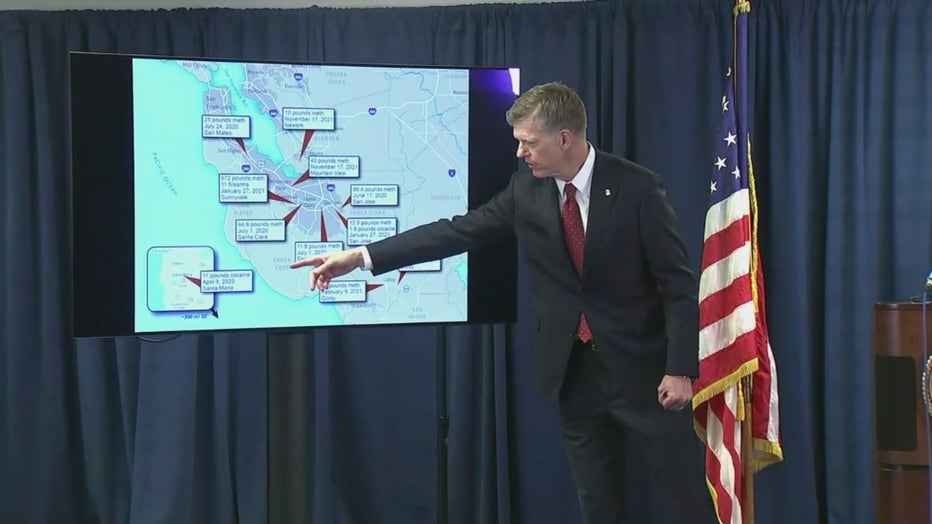 He said that DEA and FBI agents confiscated massive amounts of Fentanyl, cocaine, heroin, meth, guns and cash during the series of sweeps.

The source of most of the drugs was from cartels in Sinaloa, Mexico, Anderson said.

And then the drugs would find their way, mostly to areas in Santa Clara County, hidden in car tires and through deals made on WhatsApp, as some examples.

Drug crimes are not victimless crimes, he said.

"Far too often, drug users have miserable lives," Anderson said, noting that Fentanyl, in particular, is among the leading causes of drug deaths.

At the end of the announcement, Anderson said he submitted his resignation as of Feb. 28 as is customary with a change of presidential administrations. 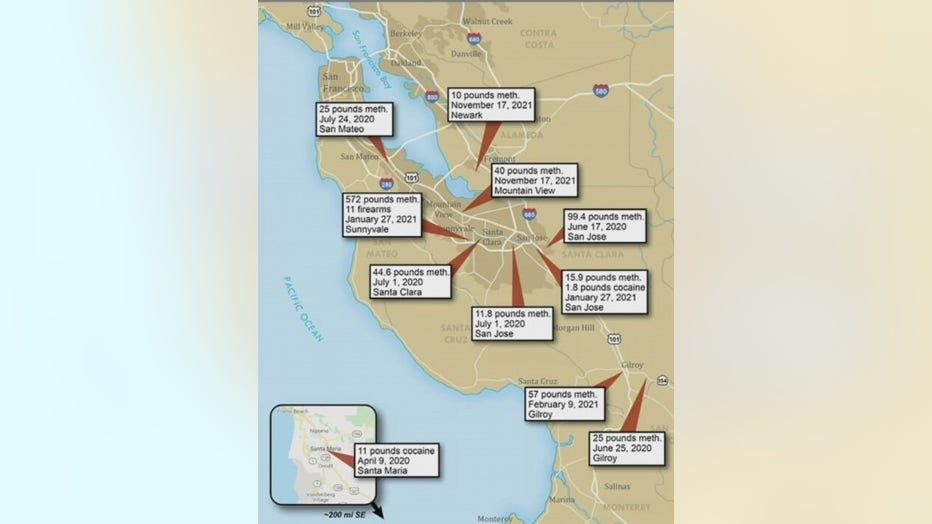