Drivers are being asked to weigh in on a new proposal that could turn some Bay Area freeways into toll roads.

SAN FRANCISCO - Express Lanes, sometimes called Lexus lanes, allow the use of HOV Lanes, but for a price. One idea being considered is turning every lane into a Lexus lane; take it or leave it. We pay for a lot of things which used to be free. Someday, toll roads could be common, if not dominant.

In what is, at this time, only a planning exercise for the distant, distant future, one scenario would convert some of the Bay Area's major freeways into toll roads where you would most likely pay by the mile.

We asked some early morning commuters about all-toll freeways. "No. It can't be true. I would not be paying toll by the mile, I like it the way it is," said commuter Edwin Wilson. "As far as my on that, I really don't think it would be a good one. And, i think they're gonna get a lot of pushback on that,‘" said commuter Seneca Greenwood. 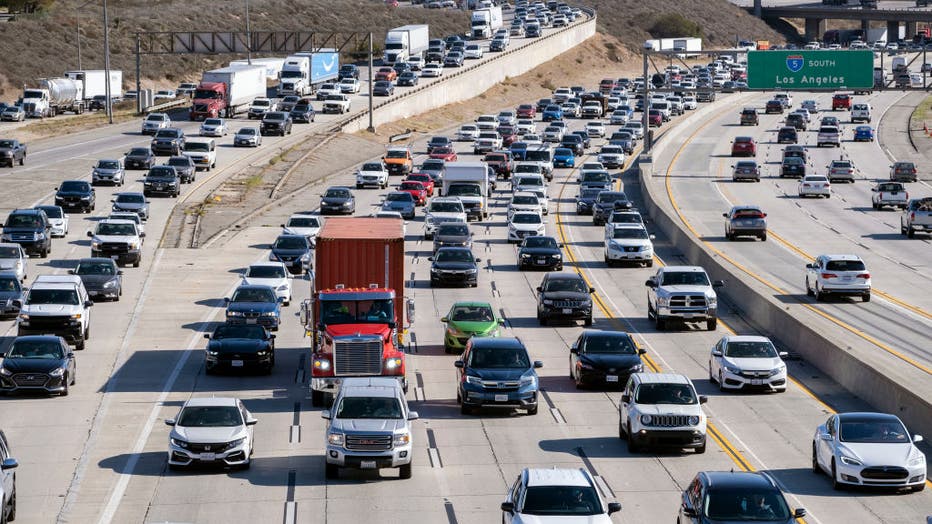 The toll only freeways would have to be where there are already other transit options such as BART. John Goodwin speaks for the Metropolitan Transportation and the Bay Area Toll Authority. "The fact is that the era of freeway construction is over; has been over for a long time," said Goodwin.

Other freeways would likely remain either free or with so-called paid express lanes of which the Bay Area already has many. "We're already paying tolls, Our tags are expensive. Insurance is expensive, and to add like an extra…I don't really see it," said driver Francisco Chavez.

Tolls could cause use of mass transit and rail transit to grow. Carpooling, formal and casual would flourish once again. "That is, you know, certainly a possibility," said MTC’s Goodwin.

MORE: Drivers could pay by the mile to use Bay Area freeways under transit idea

It would surely promote more remote working. It would also force employers to shift work times, so employees would not have to drive through mind-numbing peak commutes. It could push development of driverless cars and public transit.

In the longer term, it could encourage flying Ubers, flying buses; even flying cars, already being developed. All of this would fully mature before anyone will have to worry about all-toll freeways. "The only time frame under which we at MTC, as part of this planning exercise are considering, it sometime after 2035," said Goodwin.

Remember, not so long ago, television was free, but now requires either a direct fee or internet fee or both. Only a relative few folks still watch TV for free on an antenna.