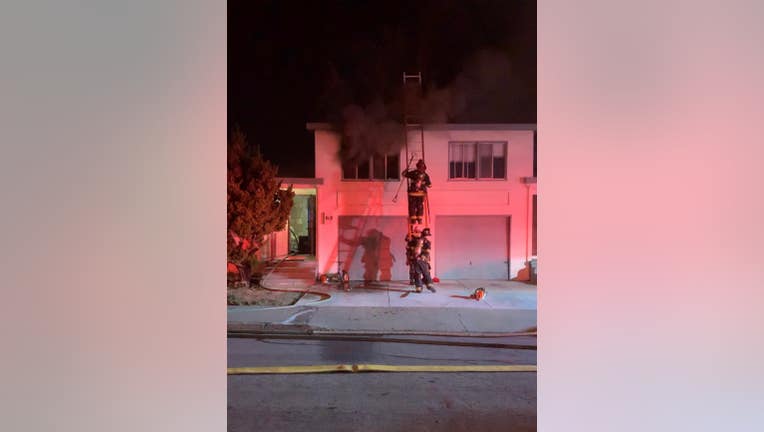 The fire at the intersection of L and 173rd streets was reported at 9:54 p.m. Fire Department spokesman Brian Centoni said the damage was mostly contained to the second story of one of the units.

No one was injured, but a resident there was displaced, he said.

The cause of the fire remained under investigation late Saturday night.