SAN RAFAEL, Calif. - San Rafael police are searching for a person of interest, identified as James Thomas Duffy, a 42-year-old San Rafael resident, in connection with a series of fires that are currently being investigated as arson.

The fires were all set on Thursday.

At 5:17 a.m., police received 911 calls regarding a series of fires in the Canal neighborhood.  The first fire was reported in the area Hoag Street and Canal Street.  Police officers and the San Rafael Fire Department arrived to find a dumpster on fire that had also spread to a nearby vehicle.  No one was injured.

At 5:24 a.m., another 911 call was received reporting a Dumpster fire in the unit block of Mill Street.  Officers and the fire department arrived and the fire was extinguished.  The fire was isolated to just the Dumpster.

At 5:28 a.m., a 911 call was received reporting a fire in the unit block of Canal Street.  The fire was a small debris fire and was quickly extinguished.

At 5:31 a.m., a 911 call was received reporting a small debris fire in the area of Canal Street and Larkspur Street.  That fire was extinguished.

At 5:45 a.m., officers responded to a request for a welfare check at an apartment complex in the area of Medway Road and Canal Street.

Officers arrived on the scene and a neighboring tenant reported smelling smoke from the apartment where the welfare check was requested.  Officers found that the front door was warm to the touch and observed smoke coming from the roofline.

The San Rafael Fire Department responded and was able to isolate and extinguish the fire to just the single unit, police said.  No one was found inside and no one was injured.  The apartment complex had been evacuated as a precaution and people were allowed back into their respective apartments once the fire was under control.  No one was displaced.

At 5:49 a.m., another 911 call was received reporting a Dumpster fire near a supermarket in the 300 block of Bellam Boulevard.  That fire was quickly extinguished and was localized to just the dumpster.

All six fires are being investigated as arson.

Anyone with information about this crime is asked to call San Rafael Police at (415) 485-3000. Tips can also be made online at http://www.srpd.org/tips. 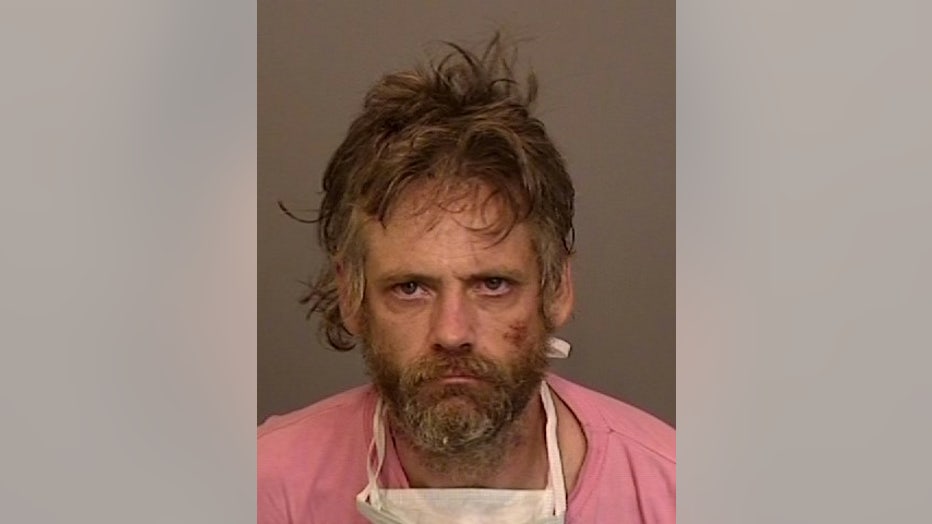 Sgt. Justin Graham said James Thomas Duffy, 42, is a person of interest in the case.