Fire officials probe cause of deadly house fire in SF

SAN FRANCISCO - Firefighters in San Francisco are looking into the cause of a deadly fire Wednesday morning in the Cole Valley neighborhood. Investigators believe the weather played a role in how quickly this fire grew.

The combination of wind and the old wood in this victorian apartment building contributed to the rapid growth of the blaze.

Neighbor Peter Weiss captured video of the flames after he awoke to the smell of smoke in the air. At first, he thought it was a wildfire in the North Bay, but he soon realized the flames were much closer.

"I couldn't see it, and I came out and I saw the flames, and it was harrowing," Weiss said.

Fire crews rushed to the scene and searched the top-floor apartment where they found one victim already in dire circumstances.

"Our crews went into that fire, were able to rescue that individual, bring the victim out and perform life-saving measures for a very long time," said Lt  Jonathan Baxter from San Francisco's Fire Department. "Unfortunately the injuries were just too severe that he succumbed to injuries he sustained during that fire." 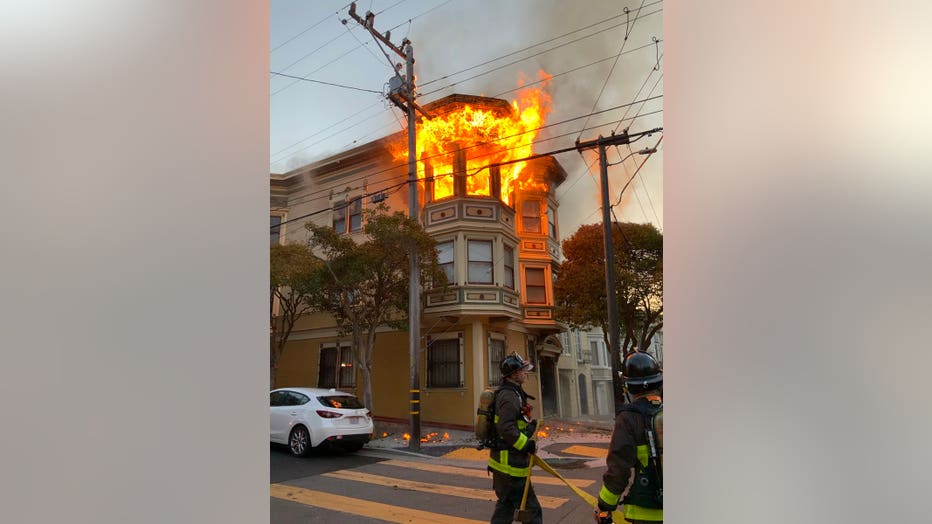 Neighbors said after a tough year, the death will weigh heavily on the neighborhood.

"It's a tragedy," said Weiss. "It's a big tragedy is what it is. I believe I saw the stretcher come out, and subsequently learned on the news that he had passed away, and we're all very saddened by it."

Neighbors said strong morning winds may have fed the flames.

"It was really windy, and that's what really concerned me," said Weiss. "I saw some embers on the side of the house and I was concerned because we're all close to each other."

Fire crews did manage to keep the flames contained to one building, which was a tasking considering the gusty conditions.

"We had a second alarm response, really just make sure that fire did not push into the entire neighborhood, and fortunately we were able to keep that fire to just that one building," Baxter said.

The medical examiner's office is not releasing the identity of the victim at this time.