PARIS - Authorities in France are investigating the first coronavirus outside of Asia, said the French Health Ministry on Saturday.

The victim was an 80-year-old tourist from China. He was admitted to a hospital in Paris late January, but when his condition became critical in recent days, his health deteriorated rapidly, officials said.

There are currently six people infected with the coronavirus that are hospitalized in France.

One patient is the tourist's 50-year-old daughter.

The other patients are British citizens who contracted the disease at a French ski resort.

The Health Ministry says none of these people are severely ill.

Meanwile, the U.S. Embassy in Japan announced that Americans aboard a quarantined ship will be flown back home on a chartered flight Sunday.

About 380 Americans are aboard the Diamond Princess cruise ship, which has docked at Yokohama, a port city southwest of Tokyo. 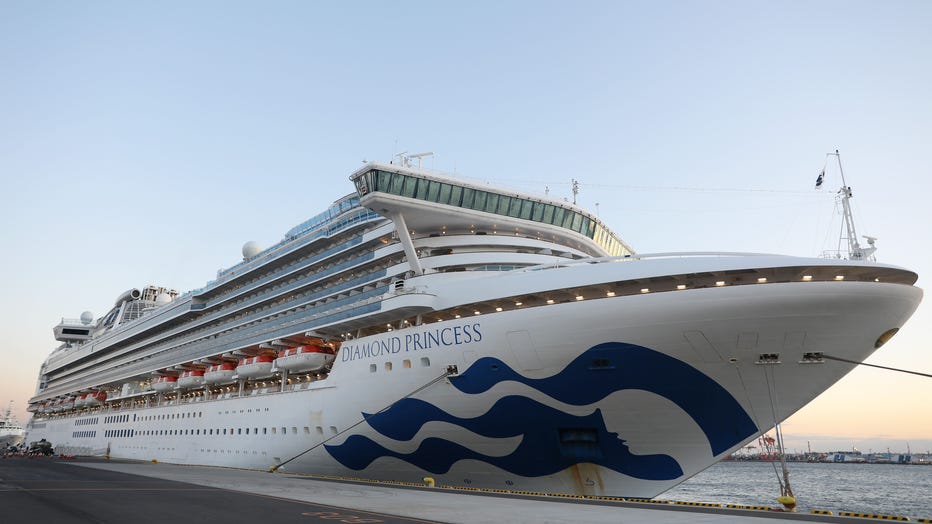 So far, 218 people onboard the ship have tested positive for the virus.

Japan's Health Ministry allowed 11 passengers to disembark Friday, saying that those above 80 years of age, with underlying medical conditions as well as those staying in windowless cabins during the 14-day quarantine can stay at a designated facility on shore.

China reported 2,641 new virus cases Saturday as it escalates measures to contain the outbreak and reassure an anxious public.

The figure is a major drop from the higher numbers in recent days since a broader diagnostic method was implemented. The number of new deaths rose slightly to 143, bringing the total fatalities in mainland China to 1,523. The number of confirmed cases in the country now stands at 66,492, according to China's National Health Commission.

COVID-19, a disease stemming from a new form of coronavirus, has spread to more than two dozen countries since December, when the first infections appeared in central China. Egypt on Friday counted the first infection on the African continent.

Saturday marks the second day the number of new cases fell since a spike Thursday, when the hardest-hit province of Hubei began including clinical diagnoses in its official count. Using the wider scope of classification, the central Chinese province reported 15,152 cases, including 13,332 that were diagnosed using doctors' analyses and lung imaging, as opposed to the prior standard of laboratory testing.

Hubei health authorities said in the notice that the new method was adopted to facilitate earlier treatment for those suspected of infection.

Further confusion surfaced around a discrepancy of more than 1,000 cases between the Thursday and Friday reports. National Health Commission spokesman Mi Feng said Friday that the "decrease" in numbers was due to an adjustment made in Hubei's count after repetitive counting was discovered.

The ruling Communist Party is seeking to repair public trust broken in 2002 and 2003 during the SARS epidemic, which the government covered up for months.

"The current fight against the novel coronavirus epidemic is a major test of China's system and capacity for governance," Chinese President Xi Jinping said during a Communist Party Central Committee meeting Friday, according to state media.

"In response to the shortcomings and deficiencies exposed by the epidemic, (the government) should work to strengthen areas of weakness and close up loopholes," Xi said.

China has imposed unprecedented measures in a sweeping campaign to contain the virus. Cities in Hubei with a combined population of more than 60 million have been placed under lockdown, with outbound transportation halted and virtually all public activities suspended.

People returning to Beijing will now have to isolate themselves either at home or in a concentrated area for medical observation, said a notice from the Chinese capital's prevention and control work group published by state media late Friday.

The notice warns there will be legal consequences for those who don't comply with the 14-day quarantine. It did not elaborate on how the isolation will be enforced. While Beijing returnees were previously ordered to "self-quarantine" for two weeks, that measure allowed for occasional outings and implementation varied across neighborhoods.

Chinese officials have warned that COVID-19 may spread further as migrants return to their jobs in cities or other provinces after a prolonged Lunar New Year holiday.

To accommodate the high number of confirmed and suspected cases, Hubei has constructed makeshift hospitals and reappropriated other public facilities to house patients. At a press briefing in Wuhan on Saturday, the newly appointed head of Hubei's provincial health commission, Wang Hesheng, said they aimed to ensure that zero patients went without treatment.

Last month, members of the Chinese public were outraged when residents of the virus epicenter, Wuhan, shared videos online showing overcrowded hospitals and people being turned away. Some wrote on the Twitter-like Weibo platform that their family members were exhibiting symptoms, but they couldn't get tested because hospitals were at capacity.

More than half of the confirmed cases in Hubei have been treated using traditional Chinese medicine, Wang said.

The virus has taken an economic toll, as many countries have placed travel restrictions on recent visitors to China and airlines have suspended China routes due to low demand.

Alibaba, the first major Chinese company to report quarterly earnings since the emergence of the coronavirus, said Thursday that the outbreak "is having significant impact on China's economy ... potentially affecting the global economy."

The overall revenue growth rate at Alibaba will be negatively affected in the quarter ending this March, said Alibaba CEO Daniel Yong Zhang.

Liang Tao, vice chairman of the China Banking and Insurance Regulatory Commission, said at a Saturday briefing that Chinese banks have provided more than 537 billion yuan ($76.9 billion) in credit support to industries such as retail, catering and tourism that have been most severely affected by the outbreak.

Earlier this week, the government reported that consumer inflation spiked to an eight-year high of 5.4% in January over a year earlier, driven by a 4.4% rise in food costs. But Fan Yifei, vice governor of the People's Bank of China, said he believes "large-scale inflation will never happen" in the country.

A team of experts led by the World Health Organization is slated to begin their mission in China alongside Chinese counterparts this weekend.

"Particular attention will be paid to understanding the transmission of the virus, the severity of the disease and the impact of ongoing response measures," WHO Director-General Tedros Adhanom Ghebreyesus said in a statement.