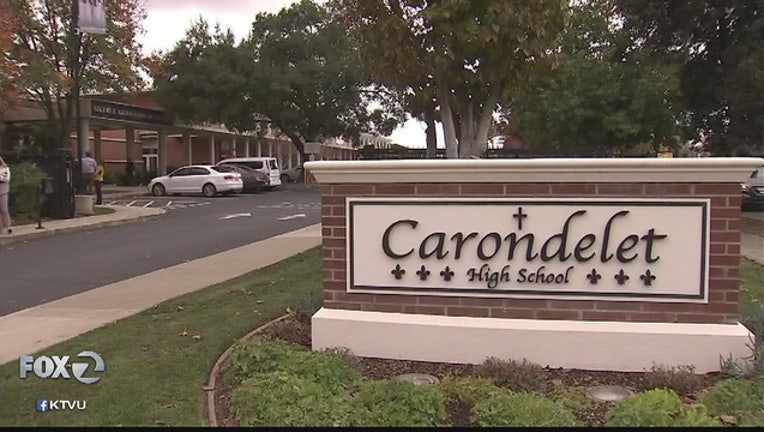 CONCORD (BCN) -- Rape and forced oral copulation charges against a teenage high school football player accused of sexually assaulting a girl from another school after a game in 2016 were found true on Monday, according to Concord police.

The assault occurred Nov. 18 on the campus of De La Salle High School and involved a football player from De La Salle and a teen girl from nearby Carondelet High School.

It was reported three days later on Nov. 21.

The football player, who was 15 at the time, was arrested on Nov. 29 and released while investigators built their case and referred it to juvenile court, police said.

The suspect is facing up to 10 years of confinement as a result of Monday's resolution to the case in juvenile court, but minors are not sentenced, according to Contra Costa County Deputy District Attorney Jean Skilling.

The suspect will go to "dispo" in early June, according to Skilling.

"Then the court will determine what's in the best interest of the minor, how we rehabilitate the minor, because that's the focus," she said.

The suspect will become a ward of the state for an indeterminate period of time, and during that time the state can detain him in a juvenile facility for up to 10 years.

Their jurisdiction over the case will end, however, at the age of 21 or 23 if he's referred to the Division of Juvenile Justice, a part of the California Department of Corrections and Rehabilitation.

"After that the case is done," Skilling said. "At that point the disposition is dismissed and the wardship is vacated."

It's too early to say whether he'll be required to register as a sex offender, according to Skilling.