The former president announced on Twitter that was headed to Stanford University to deliver a keynote address on the challenges to democracy in the digital realm. The event was spearheaded by Stanford's Cyber Policy Center and the Obama Foundation.

Vice President Kamala Harris was over in San Francisco, touring a health care facility at UCSF. Harris is also expected to deliver remarks about the maternal health crisis.

A White House official said Harris is "returning to her home state of California – where her advocacy to improve maternal health outcomes first began." 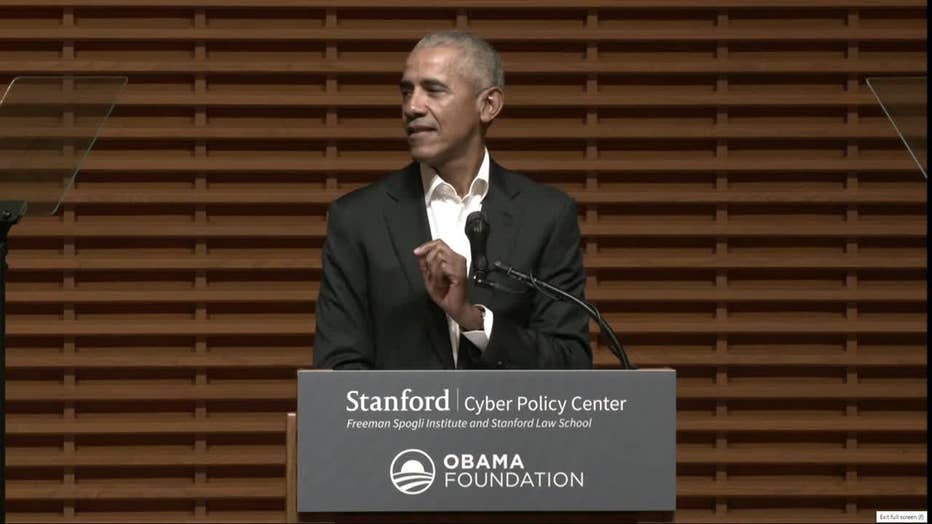