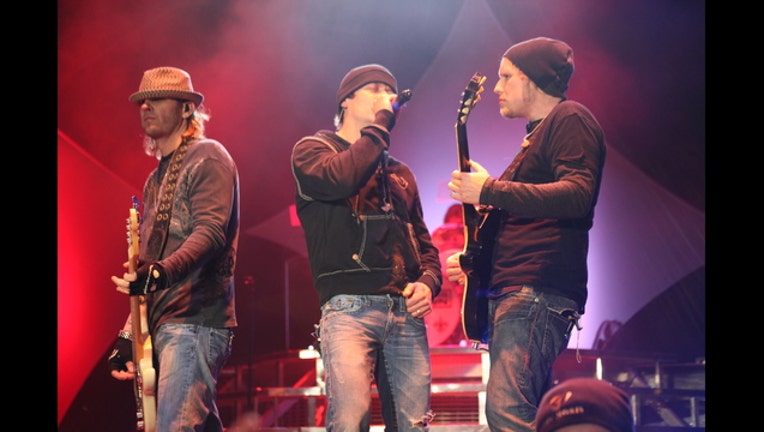 WEST BEND, Wis. (AP) - Guitarist Matt Roberts, a founding member of the rock band 3 Doors Down, has died in Wisconsin.

The 38-year-old was in West Bend to perform at a benefit. The West Bend Police Department says someone called authorities around 7 a.m. Saturday to report an unconscious man in a hotel hallway. Police and firefighters found Roberts dead.

The police statement says there were no signs of trauma and the cause of death was not immediately known. An autopsy was planned for Sunday.

Roberts left 3 Doors Down in 2012 for health reasons. According to Billboard, he helped found the band with vocalist Brad Arnold and bassist Todd Harrell. They were all natives of Escatawpa, Mississippi.

The band's biggest hit was the 2000 song "Kryptonite," which was nominated for a Grammy Award.