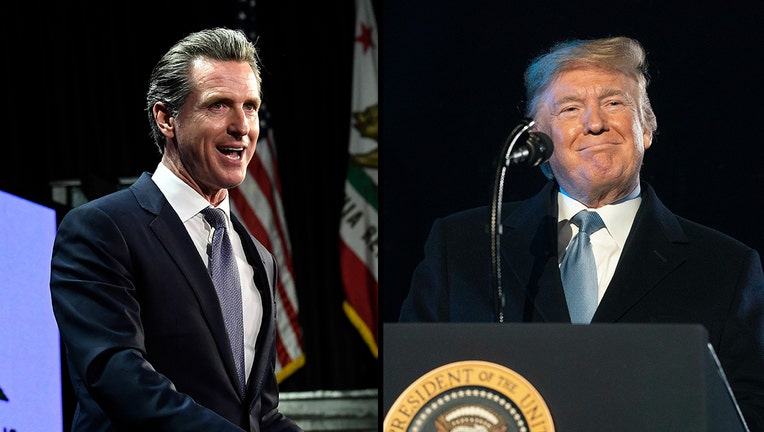 California Gov. Gavin Newsom joined “The View” on Monday to bash President Trump and declare that Lindsey Graham is “an embarrassment” while the panel offered zero pushback.

Newsom, a Democrat, appeared on the ABC News daytime talk show that was missing regular co-hosts Meghan McCain and Whoopi Goldberg, who are both scheduled to return later in the week. CNN pundit Ana Navarro and supermodel Tyra Banks joined the panel in their absences.

“Does he hate California because he knows that you’re there, and Nancy [Pelosi] is there and [Adam] Schiff? All his enemies are there?” Behar said.

Newsom added that Trump “lost by four-plus million votes” in the Golden State.

Co-host Sunny Hostin added, “He can’t stand it, diversity is working for California.”

Behar gushed over Newson, telling him he sounded like “America’s coming attraction” as the governor boosted California’s recent accomplishments.

“Trump is scared of California,” Newsom said before taking a shot at Sen. Lindsey Graham, R-S.C.

“I’m not going to turn into Lindsey Graham, I’m going to fight on principle,” Newsom said, when asked if an ongoing feud with Trump could backfire. “We’re gonna stand up to a bully. We’re not going to capitulate.”

Behar then asked if lawmakers such Graham and Senate Majority Leader Mitch McConnell are scared of Trump.

McCain, who is typically a Graham defender, was not around to rebut the governor and the liberal panel on hand seemed to agree with Newsom’s every word.

Navarro pressed Newsom to single out a 2020 Democratic hopeful but he instead declared that the party is united in wanting Trump out of office.

“That’s where I’m ultimately confident,” Newsom said before Banks asked if he would end up on the ticket as a candidate for vice president, in the closest thing to a tough question the governor received.

“I get to represent the fifth largest economy in the world,” he answered, referring to California. “I have no interest in that. I love my job, I really do.”