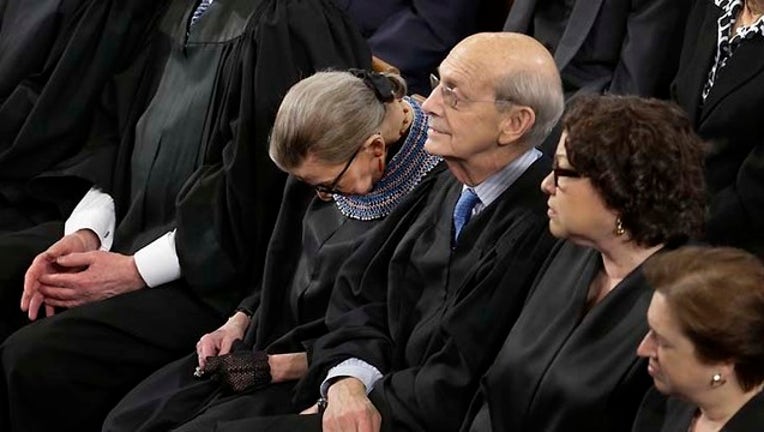 WASHINGTON (AP) — Supreme Court Justice Ruth Bader Ginsburg has a confession: She "wasn't 100 percent sober" when she fell asleep at the president's State of the Union address last month.

Ginsburg told an audience Thursday that she drank some wine at dinner before attending the speech, where cameras repeatedly caught her nodding off.

The 81-year-old justice says she had dined with Justice Anthony Kennedy and couldn't resist the California wine he brought.

Ginsburg has dozed during the address in previous years. She says former Justice David Souter used to give her a pinch just before she drifted off. But now she sits between Kennedy and Justice Stephen Breyer, and she jokes that they are "too timid" to wake her.