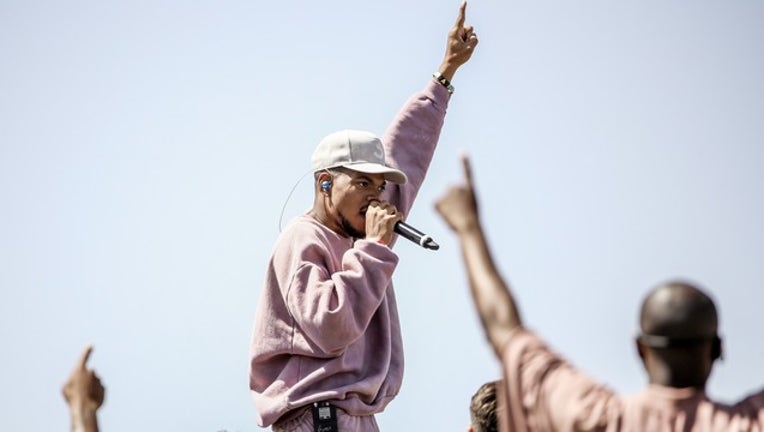 Chance The Rapper performs at Sunday Service during the 2019 Coachella Valley Music And Arts Festival on April 21, 2019 in Indio, California. (Photo by Rich Fury/Getty Images for Coachella)

San Jose, Calif. (KTVU) - Google said Tuesday that it will soon include attribution to third parties providing the digital lyrics text that shows up on its homepage when you search for a song's lyrics.

The announcement comes in the wake of accusations by lyrics annotation service Genius.com that Google had lifted lyrics from its website without permission or attribution. Genius said that it had found more than 100 examples of its song lyrics on Google.

In response, Google said that it licenses the lyrics text from third party lyrics content providers, adding that it does not crawl or scrape websites to source these lyrics.

"News reports this week suggested that one of our lyrics content providers is in a dispute with a lyrics site about where their written lyrics come from," writes Satyajeet Salgar, Group Product Manager, Search in a blog post addressing accusations by Genius. "We've asked our lyrics partner to investigate the issue to ensure that they're following industry best practices in their approach," he adds.

In an investigative report published by WSJ on Sunday, Genius.com made its case through a watermarking system that used straight and curved apostrophes to prove that Google had copied transcriptions of its lyrics in violation of its terms of service. The two types of apostrophes spelled out "Red Handed" in Morse code, when converted to dots and dashes.

Adding attribution to the third-party lyrics provider should help Google deflect any future criticism when it comes to lyrics. But the case made by Genius is one of many examples of websites that have seen their web traffic evaporate owing to retentive features like featured snippets, information boxes and knowledge panels.