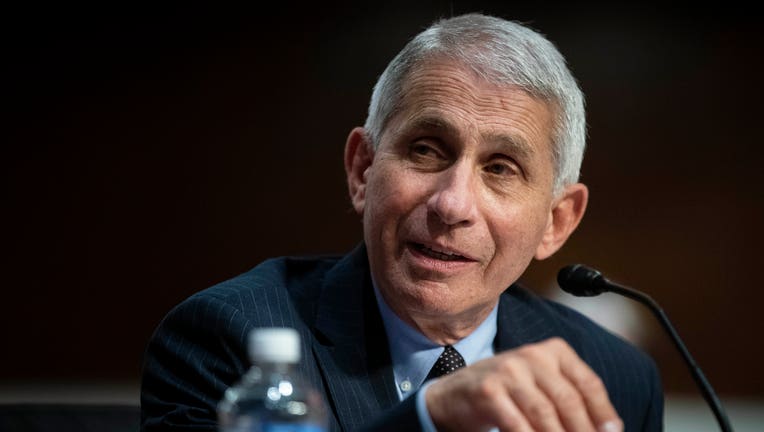 NASHVILLE, Tenn. - A Tennessee trauma surgeon running for an open Senate seat is calling for President Donald Trump to fire the nation’s leading infectious diseases expert amid a pandemic.

Dr. Manny Sethi attacked Dr. Anthony Fauci during a campaign event over the weekend in Knoxville.

“This guy Fauci, I’ve had about enough of this guy,” Sethi said at a Saturday rally to loud applause from the crowd. “I think maybe it’s time for the president to bring him into the board room and say, ‘You’re fired.’”

Sethi is one of the top candidates running to replace outgoing Republican U.S. Sen. Lamar Alexander, who is retiring at the end of his term. Sethi and Bill Hagerty, his opponent and Trump’s pick for the seat, have traded attacks over who is more conservative as the Aug. 6 primary nears.

Both campaigns have faced scrutiny over holding packed campaign events, often indoors, with little to no social distancing as Tennessee battles waves of new COVID-19 cases and hospitalizations. Yet Sethi has been the first to center his latest attacks against Fauci as he fields questions about the risks of holding such close contact rallies as a doctor.

Fauci has faced increased criticism from some Republicans and others as he has sounded alarms about COVID-19 and publicly corrected Trump’s erroneous statements on the virus.

Meanwhile, Senate Majority Leader Mitch McConnell has said he has “total” confidence in Fauci. Other Republican senators have also thrown their support behind the epidemiologist.

In a statement, Sethi criticized Fauci’s promotion of shutting down bars and restaurants to help curb the virus.

“His plan did incredible damage to our economy. Fauci failed, and now he wants us to double down on failure again by completely destroying what’s left of our economy,” Sethi argued.

Along with attacking Fauci, Sethi also came out in defense of hydroxychloroquine as way to treat the virus, an anti-malaria drug that has been repeatedly dismissed by health experts and rigorous tests as an effective treatment for COVID-19.

“Hydroxychloroquine is a legitimate treatment option for doctors to use with patients,” Sethi said. “It’s not a silver bullet, but at the same time, I had a friend whose life was saved because of hydroxychloroquine.”

Sethi has particularly criticized Facebook and Twitter for removing content promoting the drug. The social media platforms have launched an aggressive push to keep the sites free of potentially harmful information about the virus.

“Real leaders don’t put their own political gain ahead of public health and safety, and our response to the COVID crisis shouldn’t be about politics,” Mackler, a Nashville attorney and former Army helicopter pilot.