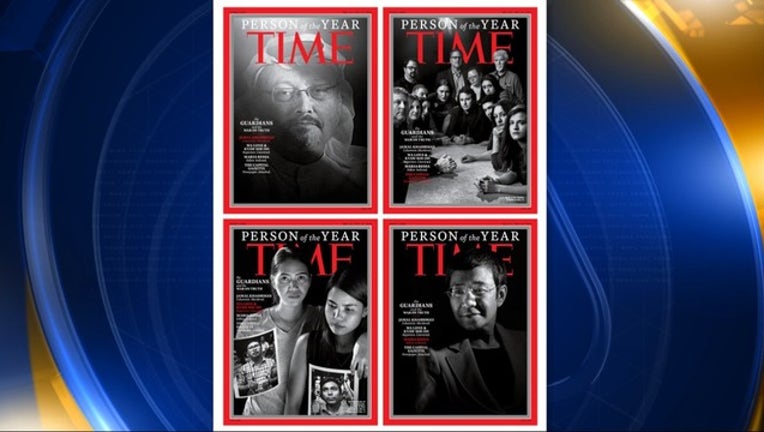 NEW YORK (AP) - Time magazine's 2018 person of the year are the "guardians and the war on truth."

The group is made up of four journalists and a newspaper that Time says "are representatives of a broader fight by countless others around the world.

Time's editor-in-chief Edward Felsenthal made the announcement Tuesday on NBC's "Today" show. The magazine recognizes the person or group of people who most influenced the news and the world "for better or for worse" during the past year.

The "guardians" are slain Saudi journalist Jamal Khashoggi; the Capital Gazette in Annapolis, Maryland, where five people were shot and killed at the newspaper's offices in June; Philippine journalist Maria Ressa, who has been arrested; and two Reuters journalists detained in Myanmar for nearly a year, Wa Lone and Kyaw Soe Oo.