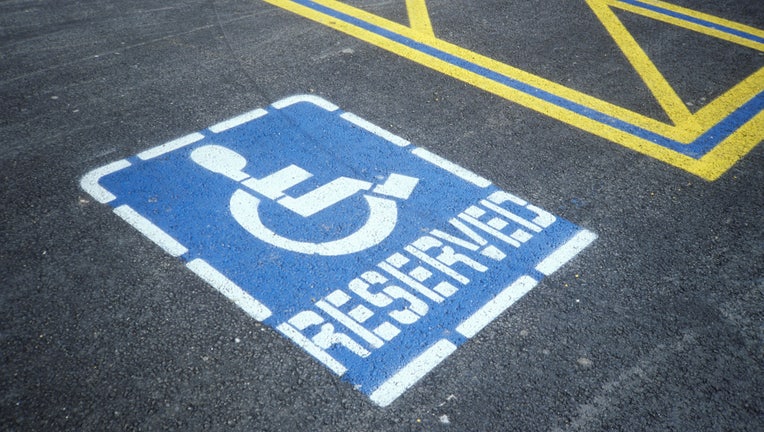 A sign that reads "Reserved" (Photo by: Joe Sohm/Visions of America/Universal Images Group via Getty Images)

GUERNEVILLE, Calif. - A Northern California bar owner has won a seven-year legal fight against a disability rights advocate known for suing California businesses for alleged violations of the Americans with Disabilities Act.

A three-judge panel sided with the Rio Nido Roadhouse on an appeal filed by the advocate, Richard Skaff, erasing a nearly $250,000 award of attorneys’ fees and court costs granted by a Sonoma County Superior Court judge in 2017.

Brad Metzger, who has owned the Rio Nido Roadhouse in Guerneville, about 70 miles north of San Francisco since 2007, said last week's ruling came as an immense relief.

“I’m walking around feeling lighter,” Metzger said. “It was a nightmare.”

The roadhouse is the only business in the town of more than 500 residents and is a popular gathering spot.

The legal dispute stems from an October 2012 visit to the roadhouse by Skaff, who sued because the only designated handicapped parking space was occupied on that busy day.

Skaff “drove away and did not attempt to enter the bar,” according to court documents. The appellate decision also noted that the roadhouse had, by 2016, spent nearly $28,000 to address virtually all the access concerns cited by an expert witness hired by Skaff.

The court found that Skaff's lawsuit had “no legal merit” and that a Sonoma County judge erred in awarding the fees to him.

“It is axiomatic that plaintiff (Skaff) cannot prevail on a cause of action in which no violation of law was ever demonstrated or found,” the decision said.

Had the award been sustained, Metzger said, it would have “absolutely been the end of the roadhouse.”

“I could not have begged, stolen or borrowed that much money,” he said.

The financial burden now shifts back to Skaff, a paraplegic who has sued dozens of entities regarding disabled access over several decades. The court sent the case back to Sonoma County, where Metzger can now seek attorneys’ fees and costs for the prolonged litigation.