According to TheBoot.com, Nelson was actually born around midnight, so he celebrates his birthday on both April 29 and 30.

The country star is among the oldest musicians still performing. He's slated to kick off his latest tour on April 29 and 30 at the new Moody Center alongside George Strait and Randy Rogers Band. Nelson's tour runs until September 23, with a final show in Camden, New Jersey.

Britannica reports Nelson was taught how to play the guitar by his grandfather at the age of 10, meaning he's been playing for nearly 80 years!

Nelson was born in Abbott, Texas in 1933, about two hours north of Austin. Many Texans consider Willie to be one of the state's most loved and legendary musicians.

To celebrate this native Texan's legendary impact on country music and Texas itself, let's take a look back at some of his most memorable moments in the Lone Star State.

Nelson produced and starred in the pilot episode of PBS' Austin City Limits, taped on October 17, 1964. He kicked off this iconic series with his hit "Whiskey River" and was later inducted into the Austin City Limits Hall of Fame. 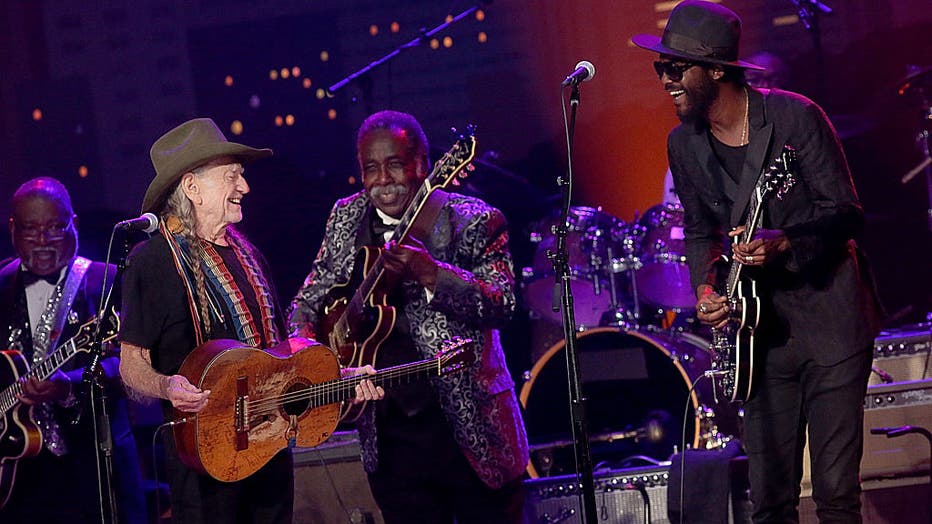 Nelson's 4th of July Picnic is an Austin tradition that has been going on since 1973. The event features numerous stars in the lineup. This year's event is being held at Austin FC's home field, Q2 Stadium at noon and will feature Midland, Brothers Osborne, Asleep at the Wheel and more. 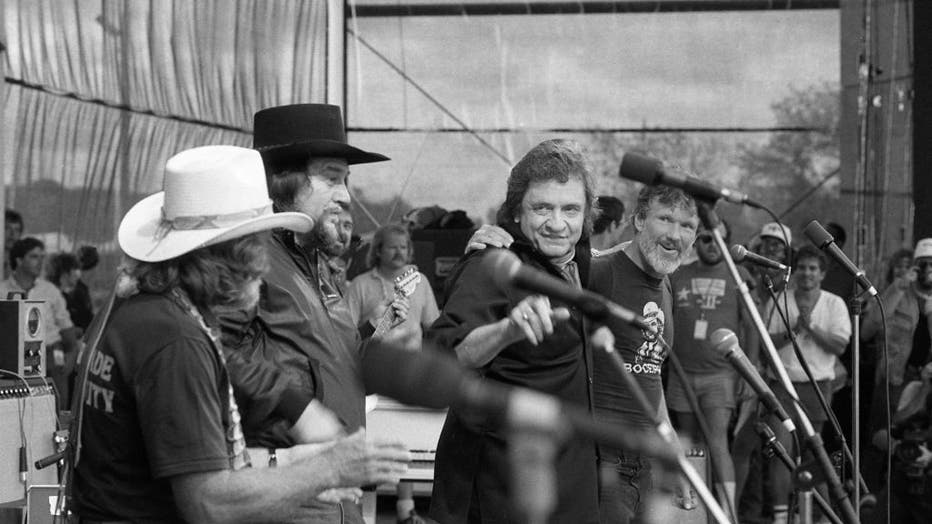 Nelson has been no stranger in revealing his political side. He's shown support through his music in Texas many times. In 2004, Nelson held a concert in Austin aimed at getting presidential candidate Dennis Kucinich's (L) recognized.

In 2018, the country icon headlined a rally for Senate candidate Beto O'Rourke (D), who is now running for governor in Texas. Months after that rally, Nelson debuted his new song "Vote Em Out" at his free concert benefiting O'Rourke in Austin. 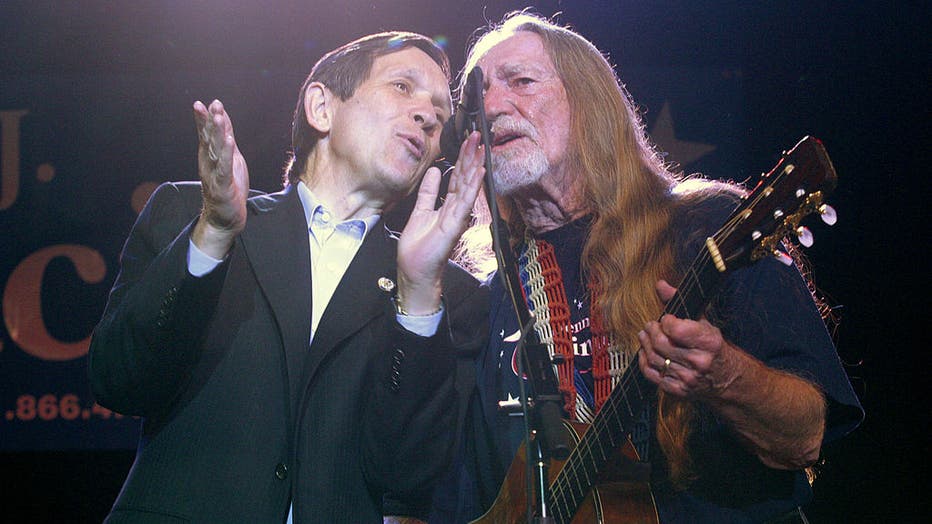 AUSTIN, TX - JANUARY 3: Presidential candidate Dennis Kucinich (L) sings "I Saw the Light" with musician Willie Nelson at a fundraiser January 3, 2004 in Austin, Texas. The fundraiser was designed to elevate the name of Kucinich, who has received lit

In 2021, Nelson attended the Moral March for Democracy rally organized by The Poor People's Campaign. He played his music in support of the organizer's goal of supporting voting rights and demanding change. 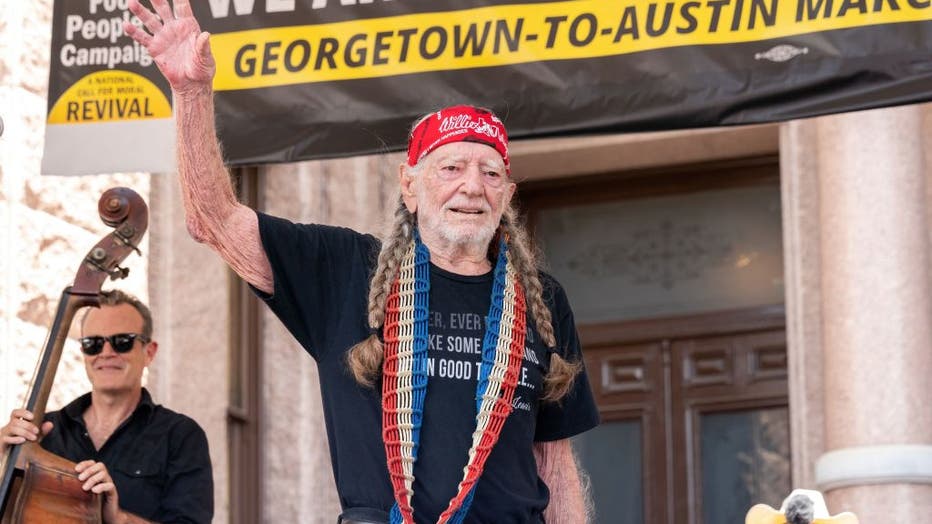 Nelson lives on a ranch in Spicewood, Texas and has been inviting fans to his home for the "Luck Reunion" for nearly a decade now. It's a concert featuring a star-studded lineup and an opportunity for attendees to visit and take in Nelson's normally private family ranch.

This year, the reunion will feature its annual Pot Luck featuring chefs Duff Goldman, Scott Conant and others. The showcase will feature artists like Shakey Graves, Modest Mouse, and others. Tickets to the 2022 Luck Reunion are already sold out, says Billboard. 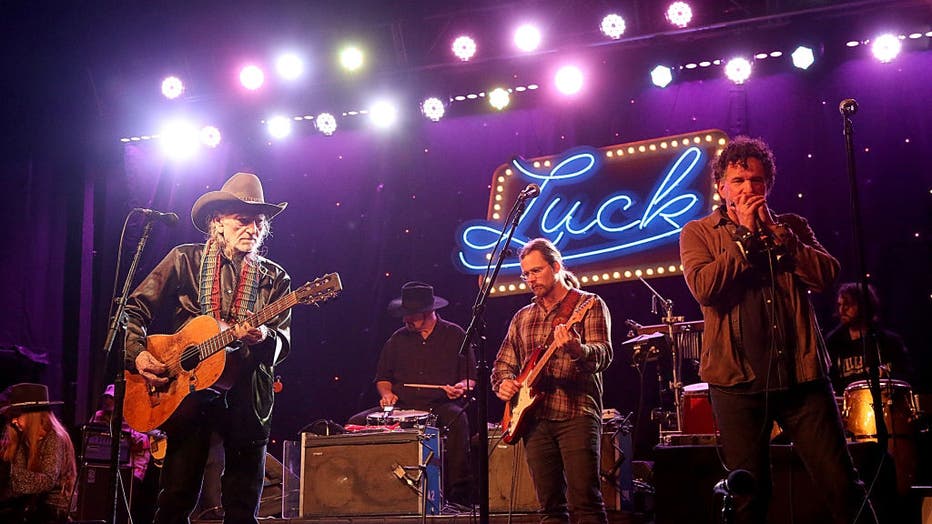 Farm Aid was first organized by Willie Nelson, Neil Young and John Mellencamp in 1985. It's a benefit concert aiming to bring awareness to the loss of family farms and to raise funds to keep families on their land. T

he organization's website says Dave Matthews joined the board of directors in 2001, and Margo Price joined in 2021. It also says Farm Aid has raised more than $64 million to promote resilience in the family farm system of agriculture.

Since its beginning, several Farm Aid festivals have been held in Texas.

Nelson launched Pedernales Records out of Austin in 1999 with Freddy Fletcher. The record label went on to produce several of Nelson's albums as well as the Los Lonely Boys' hit self-titled album "Los Lonely Boys." 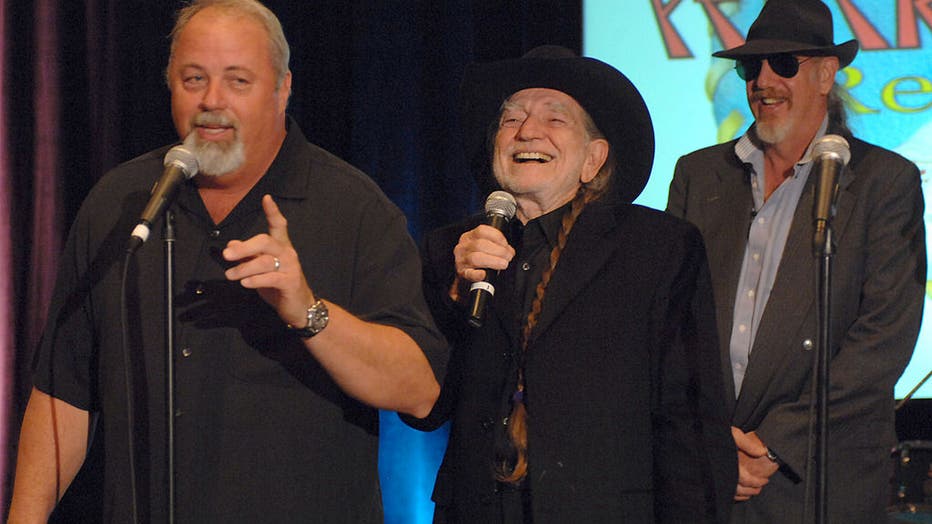 After years of iconic music and achievements in Texas, the state's residents continue to show love and appreciation to the Grammy-winning artist. In Austin, you can find a statue of the singer, and several murals painted on walls of buildings honoring Nelson can be found throughout the state. Happy Birthday, Willie!

AUSTIN, TX - APRIL 20:  Singer Willie Nelson speaks after the unveiling of his statue at ACL Live on April 20, 2012 in Austin, Texas.  (Photo by Gary Miller/FilmMagic)