The criminal trial in New York City against Harvey Weinstein is set to get underway this week. Weinstein was in court in Manhattan on Monday to attend a pretrial hearing. Reported by Lisa Evers

NEW YORK - Harvey Weinstein's lawyers and a judge are handling the final preparations Monday for his trial in New York on charges of rape and sexual assault. After more than two years since the allegations first came to widespread public attention and catalyzed the #MeToo movement, jury selection is scheduled to start this week.

In the meantime, prosecutors filed separate charges in Los Angeles against Weinstein of forcible rape, forcible oral copulation, sexual penetration by use of force and sexual battery by restraint.

Weinstein, using a walker following a recent back surgery, arrived at a New York court Monday morning sporting a dark suit and disheveled hair. When asked how his back was outside the courtroom, Weinstein responded with a thin smile and a so-so gesture with his hand. 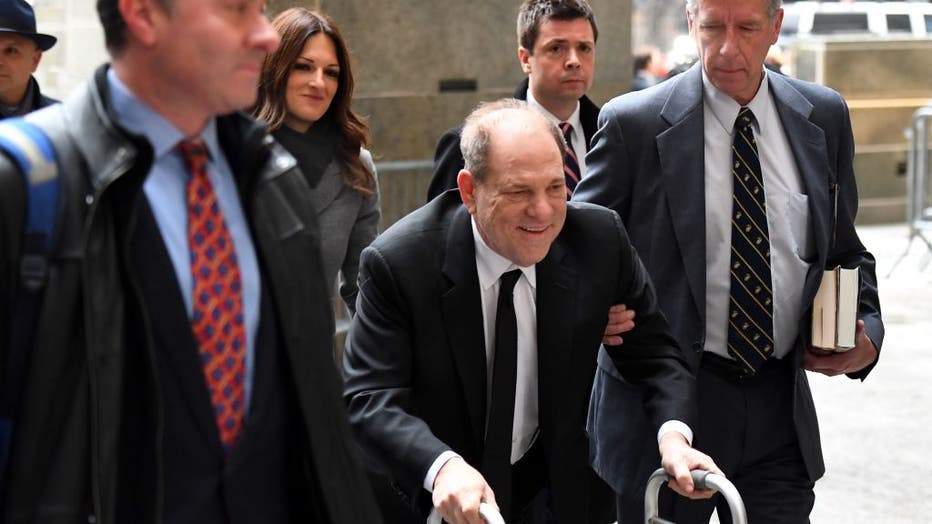 The 67-year-old has pleaded not guilty and says any sexual activity was consensual. If he's convicted of the most serious charges against him, two counts of predatory sexual assault, Weinstein faces a mandatory life sentence.

For that to happen, prosecutors must demonstrate Weinstein had a habit of violating women. To that end, they plan to call actress Annabella Sciorra, who says Weinstein forced himself inside her Manhattan apartment in 1993 or 1994 and raped her after she starred in a film for his movie studio.

They also want jurors to hear from some of the more than 75 women who have come forward publicly to accuse Weinstein of sexual misconduct ranging from harassment to assault. The first allegations were brought to light by The New York Times and The New Yorker in October 2017.

Weinstein's lawyer, Donna Rotunno, has argued the case is weak and said she plans to aggressively cross-examine the accusers.

Picking a jury for Weinstein’s trial could take a while, in part because immense media attention on the case could mean some potential jurors already have their minds made up. Weinstein's lawyers tried to get the trial moved out of Manhattan, but a court rejected that.

After more than two years since the allegations first came to widespread public attention and catalyzed the #MeToo movement, jury selection is scheduled to start this week.