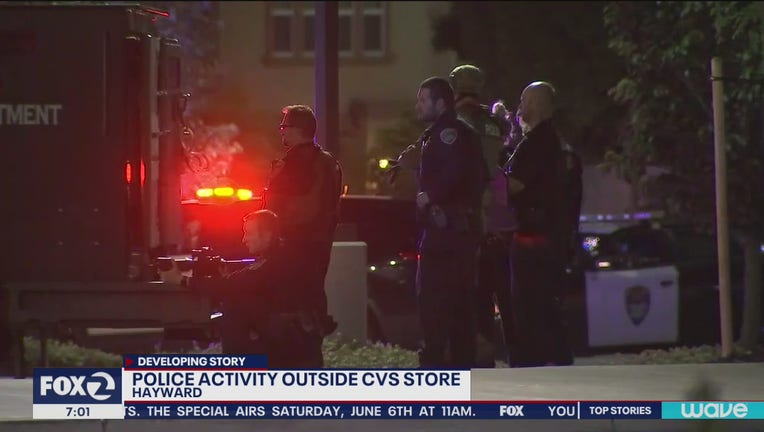 HAYWARD, Calif. - Hayward police shot a man at a CVS pharmacy, which was the site of a looting early Monday morning.

The man is expected to survive and is being treated for injuries at the hospital, police said.

Police responded to a call for help at 4 a.m. at the CVS on Harder Road and Mission Boulevard, police said. "During their contact, officers discharged their service weapon," police said.

Three others were taken into custody. Police have not said if they are the looters.

Hayward police said they are looking into the matter and any time officers use force, "it is a serious matter that requires a thorough investigation." The Alameda County District Attorney's Office has been notified.