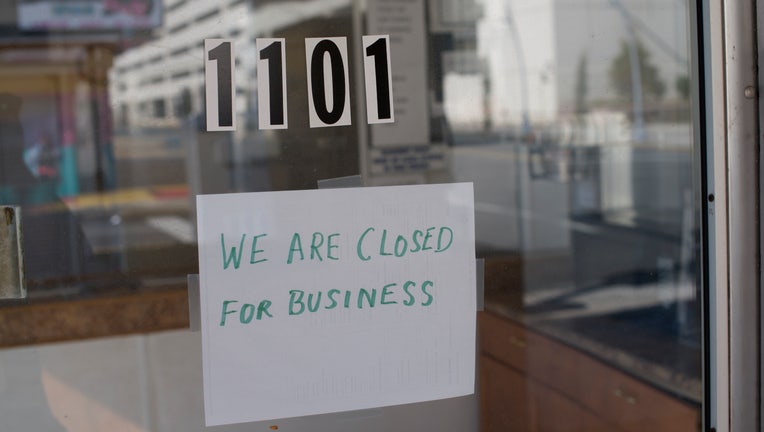 FILE - A sign at a motel lobby states "WE ARE CLOSED FOR BUSINESS" during the coronavirus pandemic on May 7, 2020 in Atlantic City, New Jersey. (Photo by Mark Makela/Getty Images)

NEW YORK - Ever since the U.S. government launched its emergency lending program for small businesses on April 3, there have been complaints that bigger companies had their loans approved and disbursed more quickly.

There is now evidence to back up those complaints.

An Associated Press analysis of Small Business Administration’s $659 billion Paycheck Protection Program shows that nearly a third of the loans approved in the program’s first week ranged from $150,000 to $10 million, the maximum allowed. In a second round of funding that began April 27, such loans made up just 7.4% of the total.

The PPP made very low-interest loans available to any business -- or any franchisee of a business -- with under 500 employees. The loans would be forgiven if most of the money was used to keep employees on payroll.

Larger companies with connections to major national or regional banks got priority treatment in the program’s initial phase, the data show, while many smaller businesses said they were turned away because the banks required them to have a checking account, a credit card and a previous loan to be considered.

Some small businesses submitted an application but then heard nothing. Small restaurants, retailers and other companies most in need were left waiting and unable to pay their employees, landlords or vendors. Many learned not from their bank but via news reports that the initial $349 billion in funding had run out in less than two weeks.

“The program was structured to take advantage of existing banking relationships that favored established businesses,” said John Arensmeyer, the CEO of the advocacy group Small Business Majority. “It was not designed for very small businesses.” 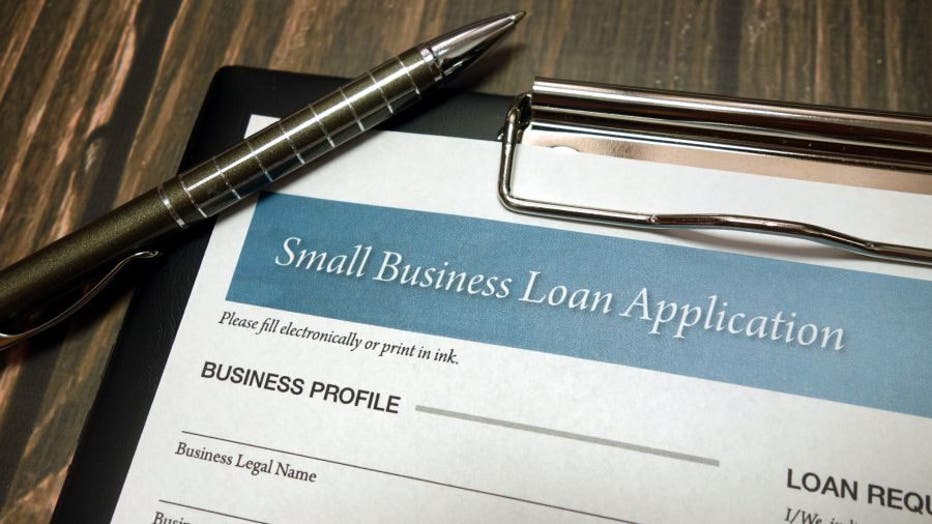 A personal loan can provide working capital to businesses during a financial crisis. (iStock)

It’s not clear how many small companies have failed because of the pandemic. A survey conducted for the National Bureau of Economic Research by researchers at Harvard University, the University of Chicago and the University of Illinois found 2% of small businesses surveyed had shut down permanently in March, just after the pandemic hit the U.S. In theory, that means 100,000 of U.S. small businesses closed their doors before the PPP was even launched.

Andrew Cao applied for a $72,500 loan for his digital marketing company with 10 full-time and part-time employees the day after the first round opened.

Cao submitted his application to Bank of America, where his company had been a customer for 10 years. Cao got two phone calls telling him he should submit his documentation, which he already had done, but could get no information on his loan.

“When we heard the funds were exhausted, I said, ‘Are you serious?‘, we tried to do everything we could — we submitted papers, contacted the bank, and then nothing,’” says Cao, co-owner of Motoza, based in Austin, Texas.

Cao submitted an application through a small local bank two days before the first round ended. Motoza got its loan a few days after the program’s April 27 reopening.

The PPP, which still has more than $130 billion available, is a key part of the government’s coronavirus relief plan. It’s credited with supporting the job market when millions of workers have been laid off. The data released by the SBA July 6 does show that by June 30, 85% of the PPP loans had been for less than $150,000.

Still, the AP analysis shows that early on some of the nation’s biggest banks were quickly approving loans for larger customers before ramping up their volume of smaller loans. In the first week, 27% of the 4,231 loans JPMorgan Chase made were over $1 million. Chase, the nation’s largest bank and the biggest PPP lender through June 30, processed 243,427 loans in the second round of funding; only half a percent were $1 million or more.

At Chase, each of four divisions handled their clients’ loans separately, spokeswoman Patricia Wexler said. That included its commercial banking division; among its customers are larger small and mid-size businesses.

“There was no prioritization of one business line over another. Each business processed applications generally sequentially in the order in which the clients applied,” Wexler said.

Truist spokesman Kyle Tarrance said, “applications were handled through a single application portal made available to clients on a first-come, first-served basis, without any preference given to any client, including larger or more affluent clients.”

PNC said in a statement, “several factors may have affected the processing speed of individual applications. For example, loans that were incomplete necessarily took longer to process.” The bank also noted that the SBA did not begin accepting applications from self-employed individuals and independent contractors, whose loan amounts were among the smallest, until a week into the program.

TD Bank did not immediately respond to a request for comment.

Bigger loans are typically prepared by a team of finance officers and accountants using sophisticated software, while small companies might not have such polished applications that take more time to review. Familiarity with well-established customers can expedite the application process. And from the banks’ perspective, it’s good business to take care of their biggest customers.

Although the evidence points to big loans going to the head of the line at banks, it’s not clear what happened once applications entered the SBA system. The SBA did not respond to a request for comment.

At the start, only established SBA lenders could take applications, limiting businesses’ ability to apply. The government did eventually bring online lenders, credit unions and more community banks into the fold. But “it may have been too late for who knows how many small businesses,” said Karen Kerrigan, president of the advocacy group Small Business & Entrepreneurship Council.

Jane Gideon applied for a loan for her publicity firm the day the PPP began but was left waiting when the initial funds ran out.

“When it didn’t come through the first time, I knew what was happening. The wealthy and connected had priority because they have the relationships that put them at the front of the queue,” says Gideon, owner of San Francisco-based Incendio International. She didn’t hear until April 29 that her loan was approved.