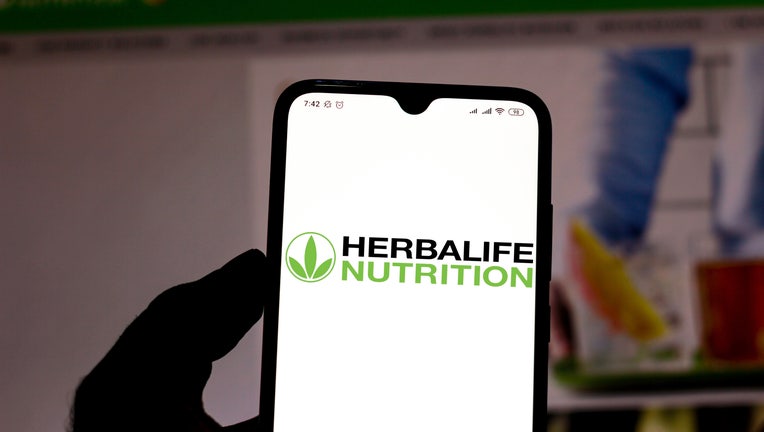 BRAZIL - 2019/12/05: In this photo illustration the Herbalife logo is seen displayed on a smartphone. (Photo Illustration by Rafael Henrique/SOPA Images/LightRocket via Getty Images)

The company admitted to the conspiracy as part of a deferred prosecution agreement it reached with the U.S. Justice Department and the U.S. Attorney's Office in Manhattan.

The charges were brought under the Foreign Corrupt Practices Act, which prohibits bribery of foreign government officials or company executives to secure or retain business.

Herbalife did not immediately respond to a message seeking comment.

Company officials began paying off Chinese government officials in 2007 in a bid to obtain licenses from national and local authorities the company needed to sell health and nutrition products.

They also bribed a state-owned media outlet “for the purpose of removing negative media reports about Herbalife China,” prosecutors said.

Herbalife has long been embroiled in litigation and regulatory actions over its business practices, which have been compared by some to a pyramid scheme.

Prosecutors said the company also agreed to pay more than $67 million in disgorgement — repayment of ill-gotten gains — and prejudgment interest to the Securities and Exchange Commission.