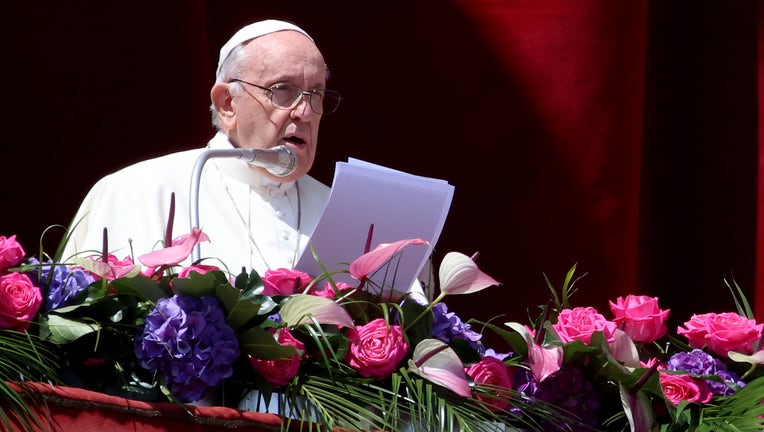 It’s a weekend of major holy days: Easter, Passover and Ramadan are overlapping for the first time in 33 years.

The rare convergence of holidays - a time for reflection and hope - has been overshadowed by war in Ukraine, uniting faith leaders across the globe in calls for peace.

Pope Francis, in his Sunday service, called it an "Easter of War," and pleaded for ceasefire in Ukraine. In a clear reference to the threat of nuclear warfare, Francis quoted from a declaration by scientists in 1955: "'Shall we put an end to the human race, or shall mankind renounce war?'"

Archbishop of Canterbury Justin Welby, the leader of the Anglican church, said Easter is a time for peace and not "blood and iron."

Across faiths, the celebration of the overlapping holy days and religious festivals is seen as a chance to share meals and rituals. For some, it's also a chance to learn how to cooperate among faith traditions.

In addition to Passover, Easter and Ramadan, holy days occurring in April this year include the Sikhs' and Hindus' Vaisakhi, the Jains' Mahavir Jayanti, the Baha’i festival of Ridvan, and the Theravada Buddhist New Year.

"(It's) an opportunity for all of us to share what we hold sacred with our neighbors from other traditions as a way of building understanding and bridging divides," said Eboo Patel, the founder and president of Interfaith America, previously known as Interfaith Youth Core. "This is Interfaith America in microcosm." 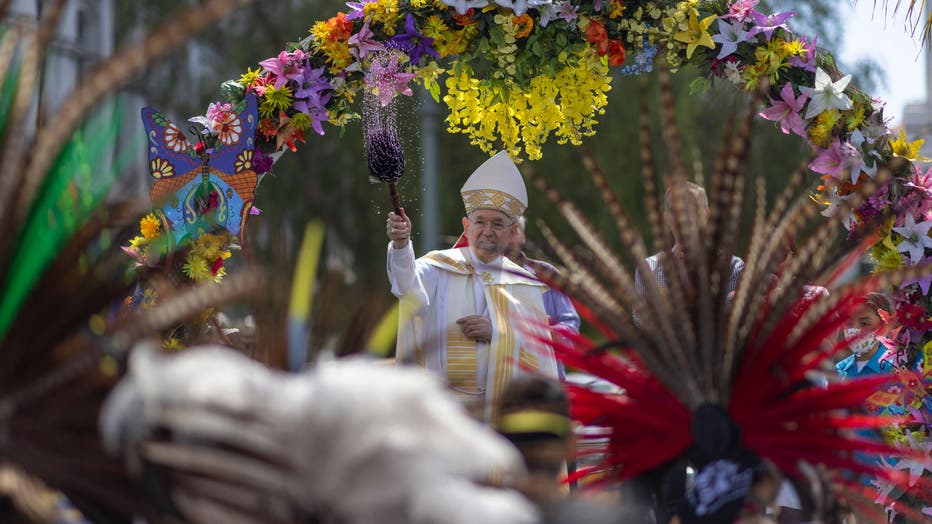 Archbishop Jose Gomez blesses traditional Aztec dancers and their animals with holy water during the traditional Easter eve Blessing of the Animals on Olvera Street in Los Angeles, California on April 16, 2022. (Photo by DAVID MCNEW / AFP) (Photo by

For Christians, Easter is a day of joy and hope, as they mark their belief that Jesus triumphed over death by resurrection following his crucifixion.

For many Christians in the U.S., this weekend marks the first time since 2019 that they will gather in person on Easter Sunday, a welcome chance to celebrate one of the year’s holiest days side by side with fellow congregants.

The pandemic erupted in the country in March 2020, just ahead of Easter, forcing many churches to resort to online or televised worship. Many continued to hold virtual services last spring after a deadly winter wave of the coronavirus and as vaccination campaigns were still ramping up. But this year more churches are opening their doors for Easter services with few COVID-19 restrictions, in line with broader societal trends.

At the Vatican, Pope Francis made an anguished Easter Sunday plea for peace in the "senseless" war in Ukraine and in other armed conflicts raging in the world, and cited the "troubling" risk of nuclear warfare.

"May there be peace for war-torn Ukraine, so sorely tried by the violence and destruction of this cruel and senseless war into which it was dragged," Francis said, speaking from the central balcony of St. Peter's Square. 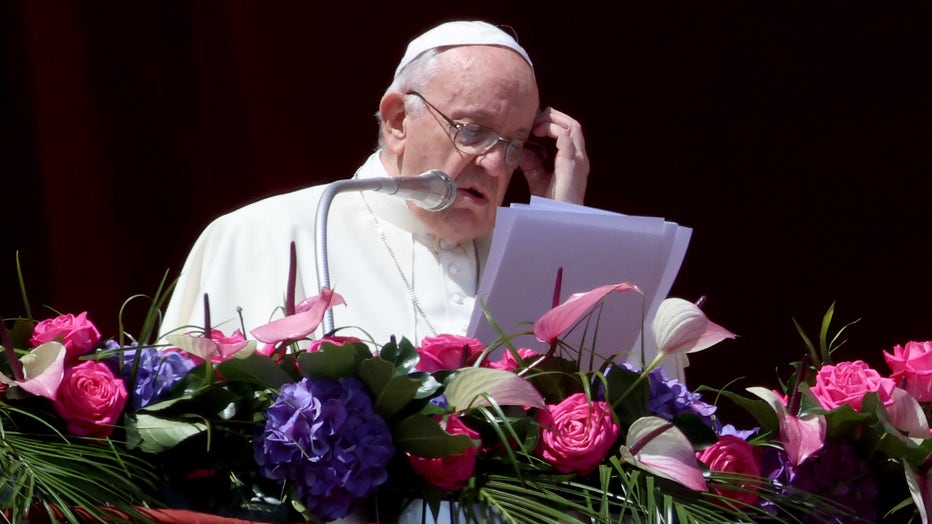 The pontiff had just finished celebrating Easter Mass in the square packed by faithful for the holiday for the first time since the pandemic began in early 2020. Applause erupted from many of the 50,000 people in the square and on a nearby avenue when he mentioned Ukraine.

"Please, please, let us not get used to war,'' Francis pleaded, after denouncing "the flexing of muscles while people are suffering." Yet again, the pontiff decried the war in Ukraine without citing Russian President Vladimir Putin for the decision to launch the invasion and attack against Ukraine on Feb. 24.

"Let us all commit ourselves to imploring peace, from our balconies and in our streets,'' Francis said. "May the leaders of nations hear people's plea for peace."

A day earlier, the pope gave an Easter vigil homily attended by the mayor of the occupied Ukrainian city of Melitopol and three Ukrainian lawmakers.

In Jerusalem, Christian worshipers gathered in Church of the Holy Sepluchre, the traditional site of Jesus's crucifixion, burial and resurrection, on Sunday to observe the Easter holiday.

Thousands of people participated in mass at the church in the historic Old City, home to holy sites to the three monotheistic faiths. Tens of thousands have come to Jerusalem for the holidays now that most coronavirus restrictions have been lifted. 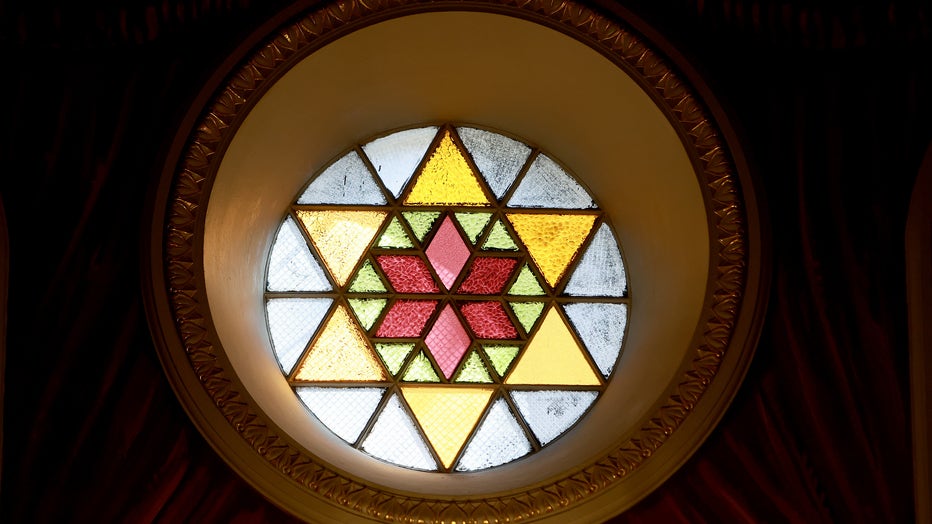 LVIV, UKRAINE - APRIL 11: A Star of David symbol is seen on a stained glass window at the Beis Aharon V'Yisrael Synagogue on April 11, 2022 in Lviv, Ukraine. (Photo by Joe Raedle/Getty Images)

Passover began Friday night and lasts seven days. The Jewish holiday marks the liberation of Jewish people from slavery in ancient Egypt, and their exodus under the leadership of Moses.

In Ukraine, it’s a time to pray that God "will make miracles, the way he made miracles for the Jewish people in Egypt," Rabbi Moshe Azman, chief rabbi for Kyiv and Ukraine, said at a gravesite in Ukraine.

The rabbi's message to Jewish people in Ukraine who can’t celebrate Passover because they’re trapped or have no food is simple, direct and meaningful: "We pray for you." He worries about the people in the besieged city of Mariupol, the bombarded city of Kharkiv.

The rabbi said he and colleagues had been working to get the needed Jewish food to hundreds of thousands of people throughout Ukraine. "Be strong," he said. "Believe in God." He wished for a "new, good world, without war."

Ramadan 2022: What is the Islamic holy month, how is it celebrated?

The holy month of Ramadan kicks off Friday night, a time of reflection and prayer.

The Muslim holy month of Ramadan, with long days of fasting and prayer, is meant to draw worshippers closer to God and away from worldly distractions. It began on Friday, April 1 will end on Sunday, May 1.

Fasting, in Islam, is seen as a way to physically and spiritually purify oneself. It's common for Muslims to do more charitable deeds during Ramadan, like giving money and feeding the hungry.

RELATED: Ramadan 2022: What is the Islamic holy month? How is it celebrated?

An Imam (religious leader) told FOX 26 that Ramadan follows a lunar calendar and the sighting of the new moon.

"[Ramadan] is set on a lunar calendar, so it occurs 11 days earlier every year, so it's not necessarily the exact same season every year," Imam Jihad Muhammad said. "So if you practice long enough, inshallah (God willing) you will observe…Ramadan in many seasons." 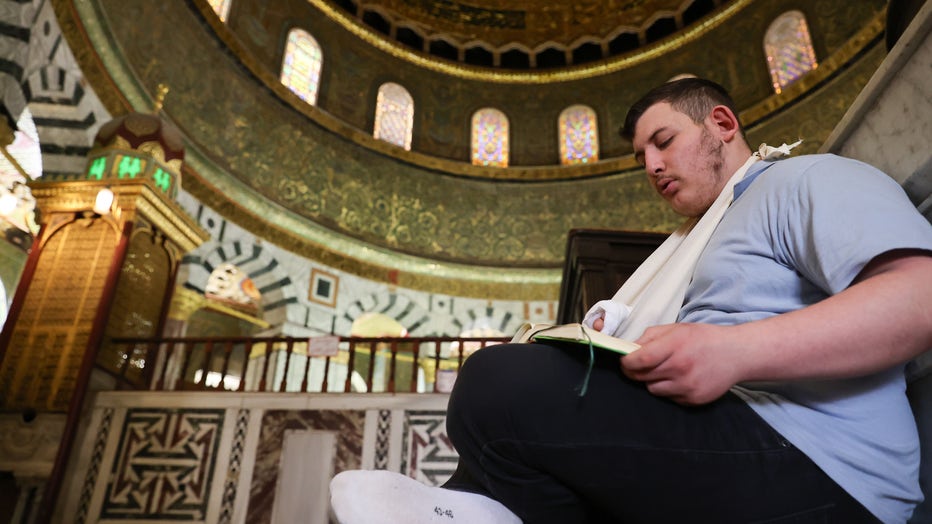 Jews and Muslims flocking to Jerusalem to worship have been clashing at holy sites since Friday.

Israeli police on Sunday entered the Al-Aqsa Mosque compound in Jerusalem's Old City to secure the way for Jewish visitors to the flashpoint holy site, fueling clashes that left 17 Palestinians wounded, according to Palestinian medical workers.

The unrest happened just two days after clashes with Palestinians at the same site. Violence in Jerusalem between Israeli security forces and Palestinian demonstrators a year ago escalated into an 11-day Gaza war.

The hilltop compound housing the mosque is the third-holiest site in Islam, while it is the holiest place for Jews, who refer to it as the Temple Mount. The competing claims to the site have sparked numerous rounds of violence.