OAKLAND, Calif. - Regal Cinemas, the second largest movie theater chain in the U.S., is planning to close all of its theaters nationwide. 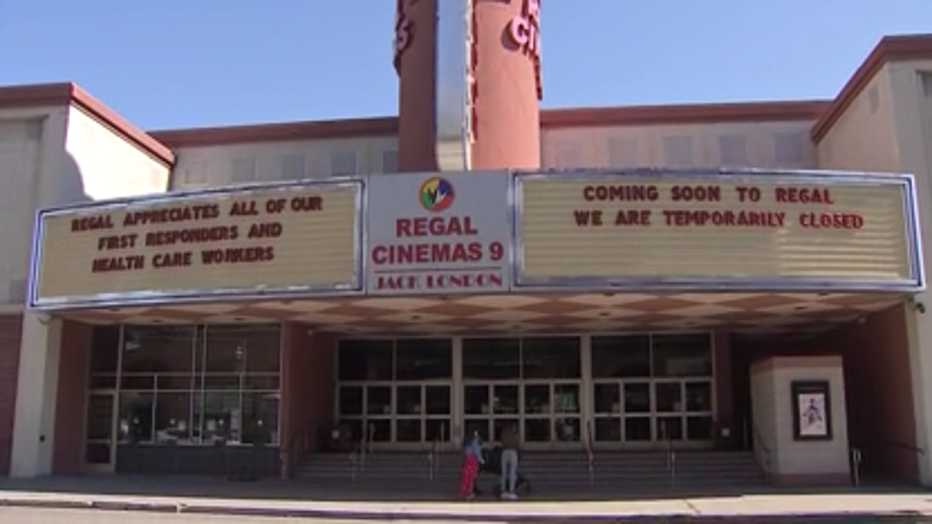 Regal has several movie theaters in the Bay Area including the Cineplex at Oakland’s Jack London Square.

Shares in Cineworld Group Plc, the company that owns Regal, as well as Cineworld and Picturehouse movie theaters in the U.K. fell as much as 58% after it said it will temporarily close the venues because delays to the latest James Bond film left it with few blockbusters to attract customers during the pandemic.

Cineworld Group Plc said Monday that all 536 Regal cinemas in the U.S. and 127 Cineworld and Picturehouse venues in the U.K. would close on Thursday. Some 45,000 employees are affected.

The company has high debts and is, like the wider industry, struggling with the effects of the pandemic. Just last week groups representing theater owners, movie studios and directors issued a plea to U.S. lawmakers to provide relief to ailing movie theaters.

The letter, signed by the likes of Steven Spielberg, Christopher Nolan, Patty Jenkins, Clint Eastwood and Martin Scorsese, said that if the status quo continues, nearly 70% of small to mid-size movie theaters could be forced to close permanently. 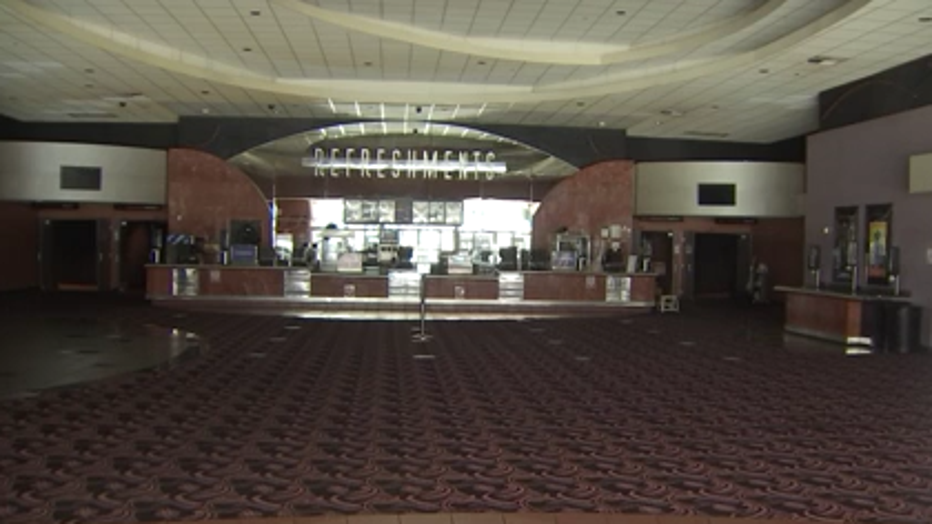 Inside of shuttered Regal Cinemas 9 in Oakland's Jack London Square.

Efforts to slow the spread of the virus resulted in closure of most cinemas for nearly six months. Many started tentatively reopening in late August, anticipating the release of money-making blockbusters, like Nolan’s “Tenet,” the Bond pic “No Time to Die” and Marvel’s “Black Widow.”

But ticket sales for Warner Bros.’ “Tenet,” the first major film out of the gates, were not as strong in the U.S. as hoped, likely a combination of audience reluctance to return to theaters and the effects of markets like New York remaining closed. 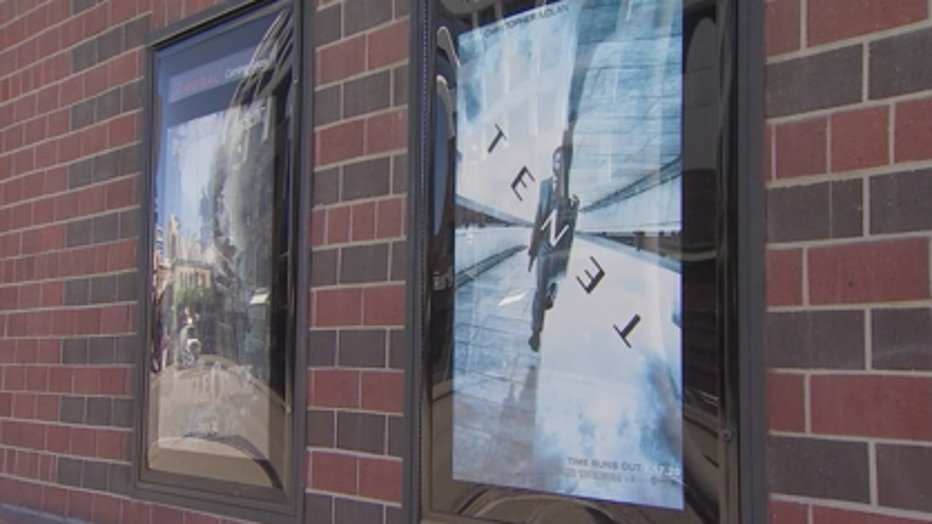 Ticket sales for Warner Bros.’ “Tenet,” the first major film out of the gates, as many theaters in other parts of the country started tentatively reopening in late August, were not as strong in the U.S. as hoped.

While some analysts stress that films need to play the “long game” at the box office in this current environment, studios responded by delaying most other major films that had been set for the fall and winter.

But others abandoned the year entirely, including Marvel’s “Black Widow,” Spielberg’s “West Side Story” and Universal’s “Candyman,” all of which were pushed to 2021 in recent weeks.

Although there are a handful of major films still set for 2020, like Pixar’s “Soul” and Warner Bros.′ “Dune,” Friday’s announcement that “No Time To Die” was being delayed to 2021 came as a final blow.

Without these releases, Cineworld said it can’t give customers “the breadth of strong commercial films necessary for them to consider coming back to theaters against the backdrop of COVID-19.”

“This is not a decision we made lightly, and we did everything in our power to support safe and sustainable reopenings in all of our markets — including meeting, and often exceeding, local health and safety guidelines in our theaters and working constructively with regulators and industry bodies to restore public confidence in our industry,″ said Cineworld CEO Mooky Greidinger.

The industry had been rocked by the pandemic — first being closed for months and then operating at a fraction of previous capacity, said David Madden, analyst at CMC Markets. Cineworld had also been highly leveraged, having largely funded its acquisition of Regal Entertainment in 2018 through debt.

“Today the company confirmed they will be assessing their liquidity options, and it plans to update the market on the resumption of business in due course,″ he said. “It seems that Cineworld is hunkering down and they are holding onto their current liquidity position, with the view to probably having a reduced service when they re-open.″