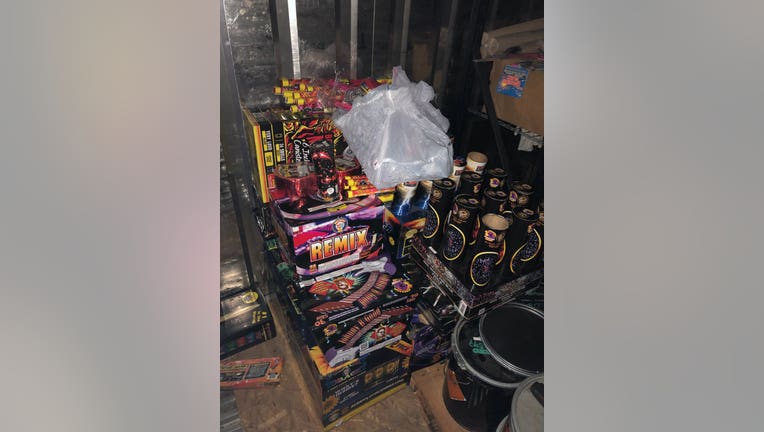 DUBLIN, Calif. - Alameda County Sheriff's Department tweeted a photo Tuesday night of just some of the illegal fireworks they and Dublin police confiscated in a bust.

The sheriff's department reminds of the dangers of fireworks and said hundreds of pounds of the contraband were seized, with assistance from their bomb squad.

"Not a big seizure but a reminder these are very dangerous and impact vulnerable people and animals," the sheriff's department said.

Police did not offer specific details of when or where the fireworks were seized. They did say they will have increased patrols for the rest of the week to deal with "fireworks issues".

The fireworks have been going off in the Bay Area well ahead of this weekend's Fourth of July holiday, keeping many residents on edge, not only because of the noise, but also because of the fire danger they pose.