Joy Villa turned heads at the Grammy Awards on Sunday with yet another bold pro-Trump inspired gown.

The award-winning recording artist and political activist showed up to the red carpet decked out in a red, white and blue ensemble. The 28-year-old began posing for the cameras in a white form-fitting coverlet adorned with blue sequins and white stars.

Villa then took off the white outer layer and revealed a plunging red halter dress embellished with white letters that spelled out "TRUMP" down the center. The gown also read "2020" along the bottom. 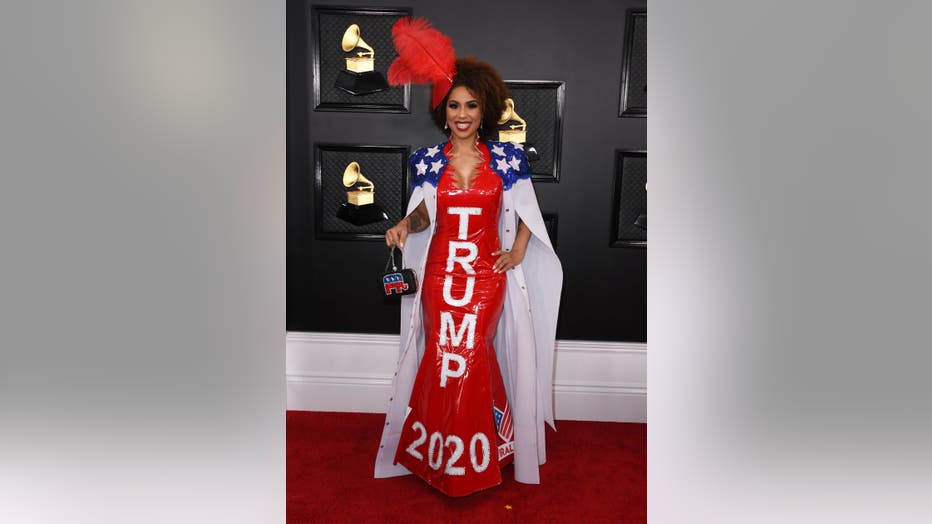 The backside of the dress made even more of a MAGA statement, with the word "IMPEACHED" down the center and "re-elected" horizontally along the bottom. 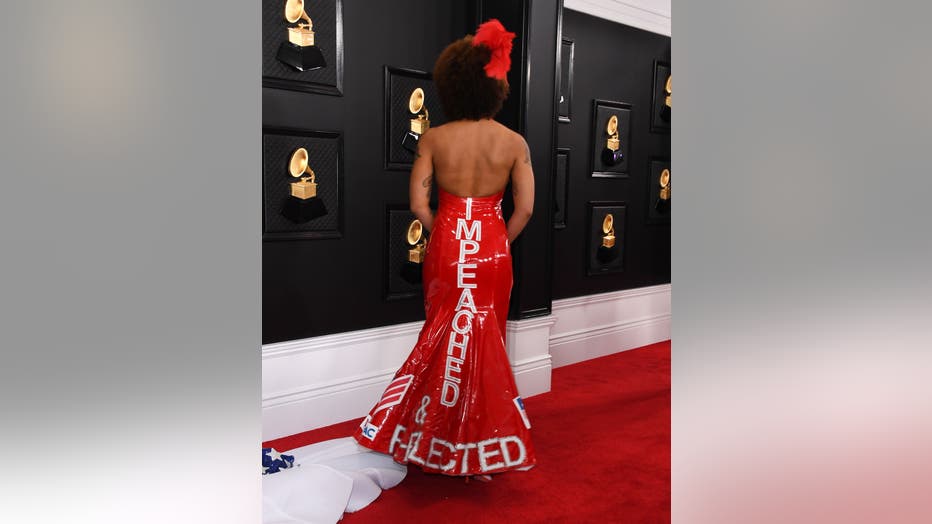 Villa completed the look with a large red feather pinned to her hair. She also held a little black bag with the Republican Party's elephant symbol.

Villa is known for making political statements on the red carpet. The 2020 Grammy Awards marked the third event where she showed support for Trump through her attire. In February 2019, Villa made her annual MAGA statement dressed as a barbed-wire border wall and a red Make America Great Again purse. 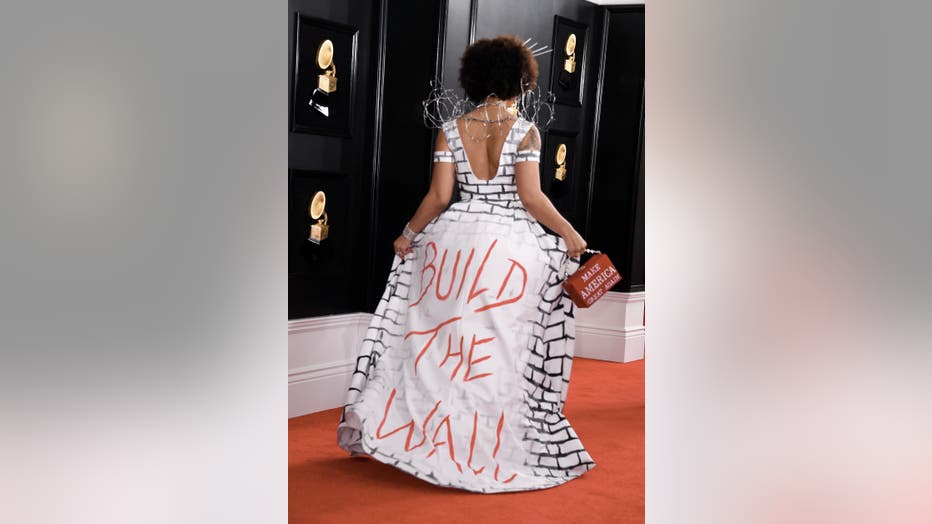 -Singer Joy Villa arrives for the 61st Annual Grammy Awards on February 10, 2019, in Los Angeles. Joy Villa made a sensation with a dress carrying the pro Trump slogan "Build the Wall" and a bag "Make America Great Again". (Photo by VALERIE MACON / A

Last year, Villa told Fox News of her ensemble, “Well to no surprise, I’m still a Trump supporter and supporting the president and what he’s doing. This is my Make America Great Again purse and dress is by Desi Designs Couture, and it represents the wall."