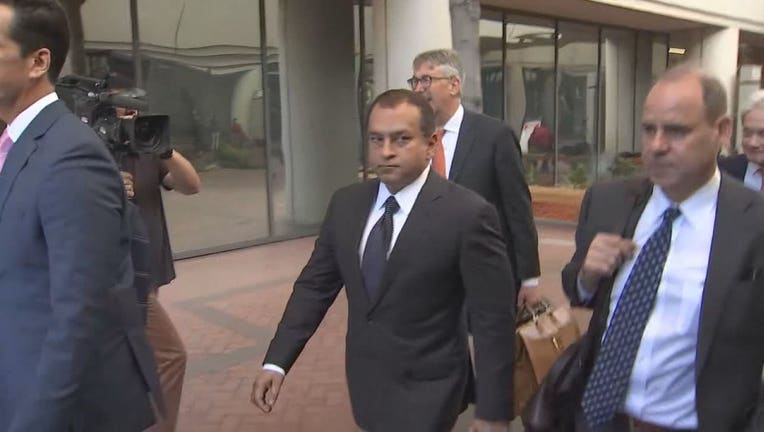 SAN JOSE, Calif. - The federal fraud case against former Theranos executive Sunny Balwani is now in the hands of the jury.

Balwani is the former boyfriend of the company’s founder and CEO Elizabeth Holmes.

She was convicted earlier this year of four counts of fraud for lying to patients and investors in her blood testing company.

Holmes is due to be sentenced in September and faces up to 20 years in prison.

Balwani faces 10 counts of fraud and two counts of conspiracy in the case against him. If convicted, he also faces up to 20 years in prison.

Evan Sernoffsky is an investigative reporter for KTVU. Email Evan at Evan.Sernoffsky@foxtv.com and follow him on Twitter @evansernoffsky.