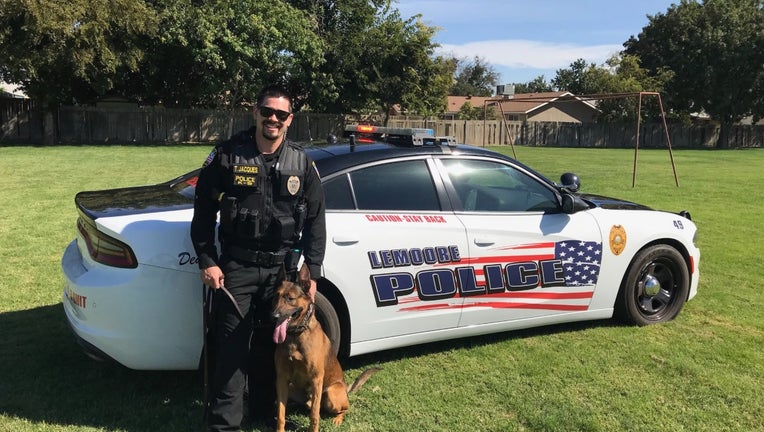 A police dog helped officers arrest a drunk man who fired a gun out the window of a house and prompted the evacuation of a central California neighborhood, authorities said.

The standoff began Friday night when arriving officers heard gunshots coming from inside the home in Lemoore, the Fresno Bee reported.

Authorities were told Teddy Mata, 41, had two guns and was inside the home alone, the newspaper said.

When Mata allegedly began firing at officers, neighbors were evacuated by armored vehicle.

Officers called Mata over the phone and used megaphones outside to convince him to surrender. But when he did finally come out at around 3 a.m. Saturday, he was “unwilling to comply,” and a K9 helped take him into custody, according to police.

Mata was taken to a hospital for treatment and was expected to be booked into jail upon his release, officials said. It wasn't known Sunday if he has an attorney.

No officers fired their guns in the incident, police said.