FOX NEWS - The family of a late firefighter in Illinois is honoring his memory with a new photoshoot featuring his newborn baby girl.

Brett Korves, a 10-year veteran of the Swansea Fire Department, was killed in April 2019 when he was struck by a speeding driver on the way to work, leaving behind his wife Alex and young son Brock. But what Brett and Alex didn’t know was that Alex was pregnant with their second child at the time. 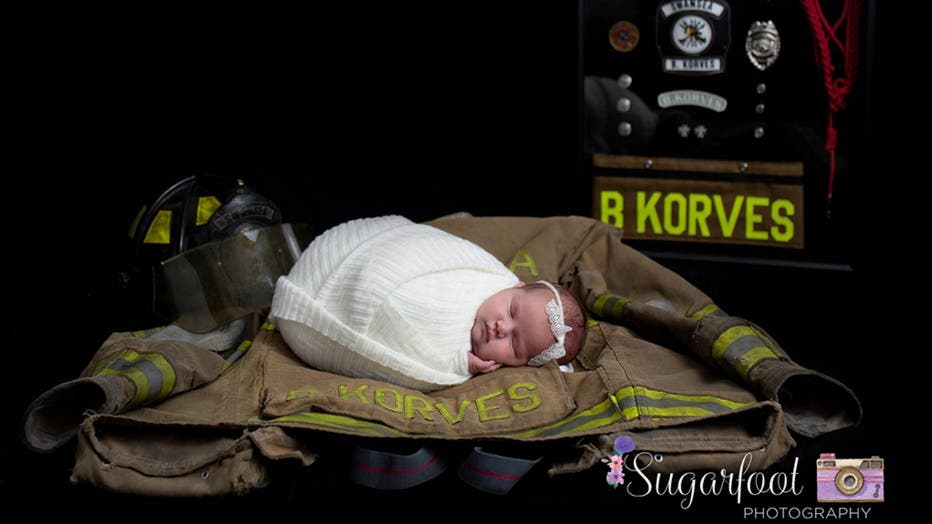 The family of a late firefighter in Illinois is honoring his memory with a new photoshoot featuring his newborn baby girl. (Samantha Kallal/Sugarfoot Photography)

In an interview with "Good Morning America," Alex admitted that she was “freaking out” upon learning of the pregnancy but welcomed the opportunity to have “one more piece of Brett” in the family.

“…But I was also very nervous to do this by myself,” Alex added.

Local photographer Samantha Kallal of Sugarfoot Photography heard about the Korves’ story, and offered to stage a photo shoot for little Brett Grace. Her dad’s entire fire department was happy to get in on it, too. 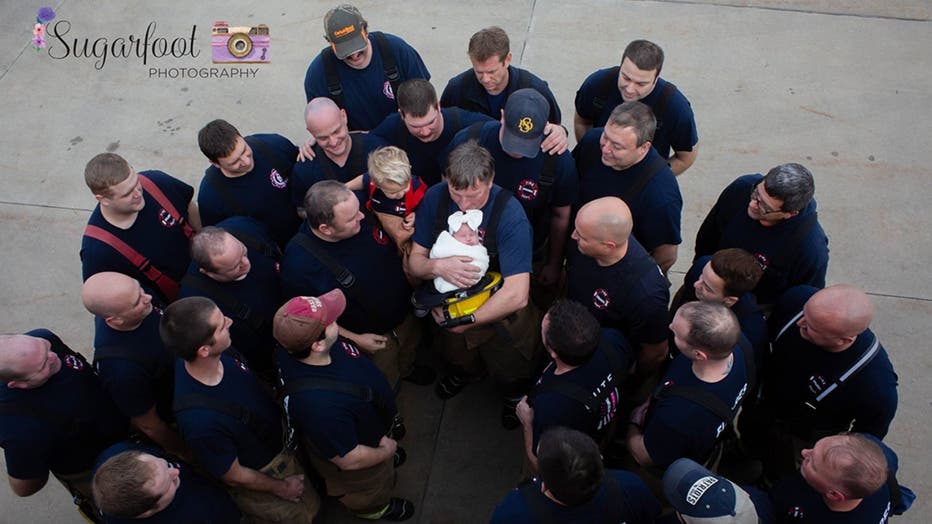 In the images, Brett Grace is pictured on her father’s uniform. In other shots, she and her brother Brock can be seen sitting on the back of the firetruck. And in some, Brett Grace is surrounded by her dad’s fellow firefighters — including his firefighting dad, Jack Korves, who is seen holding her in some of the pics.

In a Facebook post, Kallal lauded Alex for showing “tremendous strength” in the wake of her husband’s passing. She also thanked the Swansea Fire Department and its chief, Chris Tell, for their support of the Korves family. 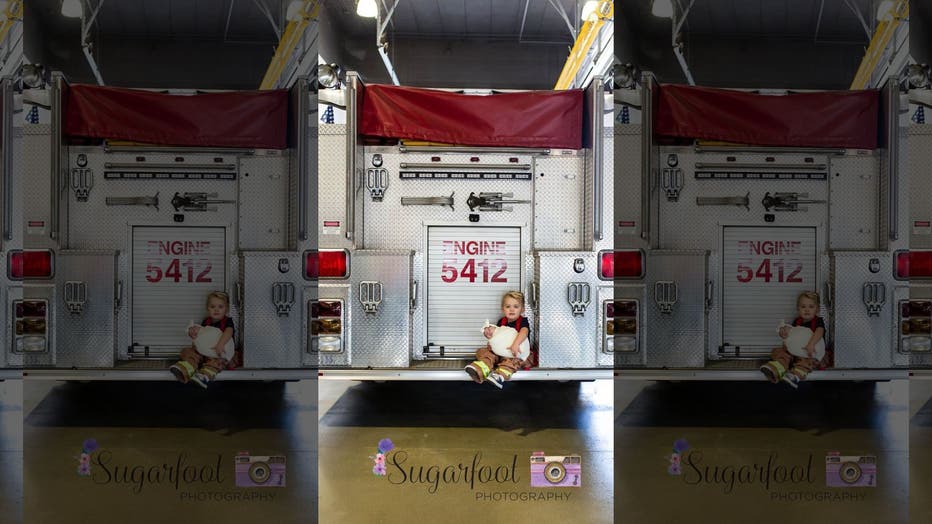 Brett’s family, too, shared some of the sweet photos in honor of “Brett’s First Responders,” a foundation they started in his memory.

“Our vision is for Brett’s First Responders to help families of first responders who were not injured in the line of duty and develop a scholarship program for people seeking to become firefighters. Our brother was very involved in many things and would help any person out at the drop of a hat,” Brett’s brother Todd wrote on Facebook.

“We want to carry on his legacy by helping out others in our community.”

Alex, meanwhile, told "Good Morning America" she’s moved by the outpouring of support from family, friends and Brett’s brothers in the firehouse.

"I just want Brett Grace to realize that even though her father has passed … she has all this outpouring support from all these men, too."