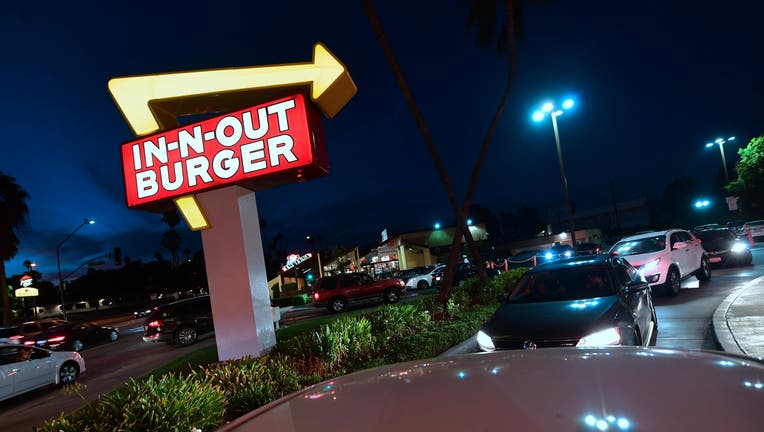 Drivers wait in the drive-thru line at an In-N-Out Burger restaurant in Alhambra, California, on August 30, 2018. - California's Democratic Party Chairman, Eric Bauman, is calling for a boycott of the Irvine, CA based fast food chain after it donated

The San Luis Obispo Tribune reports that Cal Fire claims the September 2017 wildfire was caused by a tractor mowing grass on In-N-Out property, saying it was covered in “dry annual grasses and scattered brush, which created a receptive bed of flammable vegetation.” The agency also claims the tractor was improperly maintained and the driver allowed the fire to spread.

Cal Fire is seeking roughly $1.2 million from the burger chain to recoup costs.

The fire burned about 245 acres in four days. In-N-Out did not respond to a request from The Tribune.