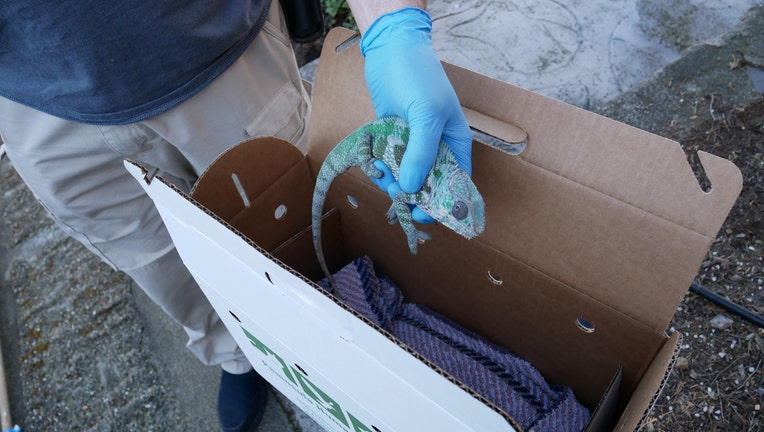 DALY CITY, Calif. - A chameleon who was rescued from a power line in Daly City this week has been reunited with its owner after months of being lost.

Peninsula Humane Society & SPCA spokeswoman Buffy Martin Tarbox told KTVU on Friday that "Meraxes" (think: Game of Thrones) is finally back at home with owner Geneva Buerer of Daly City, who lives just a few blocks away from where he was rescued earlier this week.

'Poor lizard:' Chameleon stranded for days on a power line in Daly City

The 1½-year-old exotic lizard from Africa has been missing since June. He somehow escaped out of his greenhouse enclosure. The Buerers have been looking for him ever since, to no avail.

On Wednesday, a neighbor spotted the chameleon high above the street along a utility pole. The humane society staff rushed in to the rescue, and was able to get him down.

Word got out and the Buerer saw the news. She contacted the Peninsula Humane Society & SPCA to claim her pet.

"It’s truly a miracle that he survived this long," Martin Tarbox said. 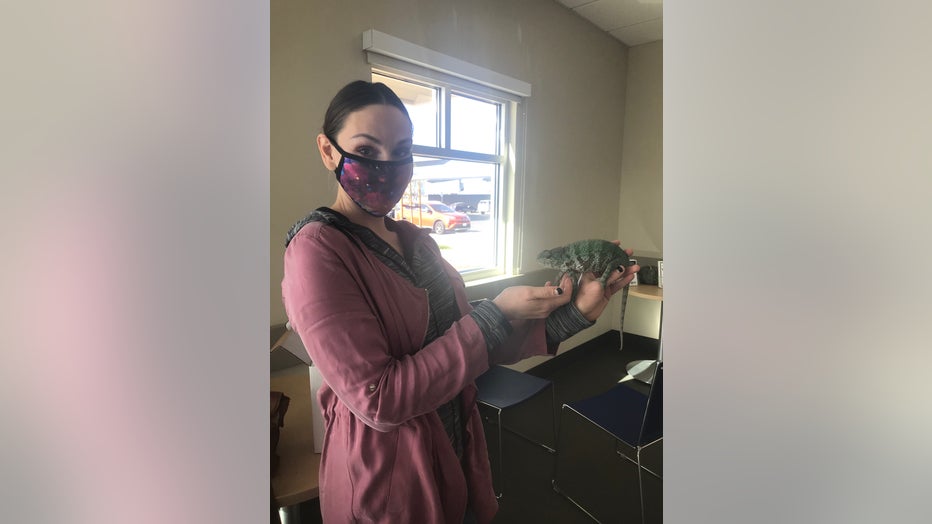 Geneva Buerer is reunited with her chameleon. Nov. 5, 2020 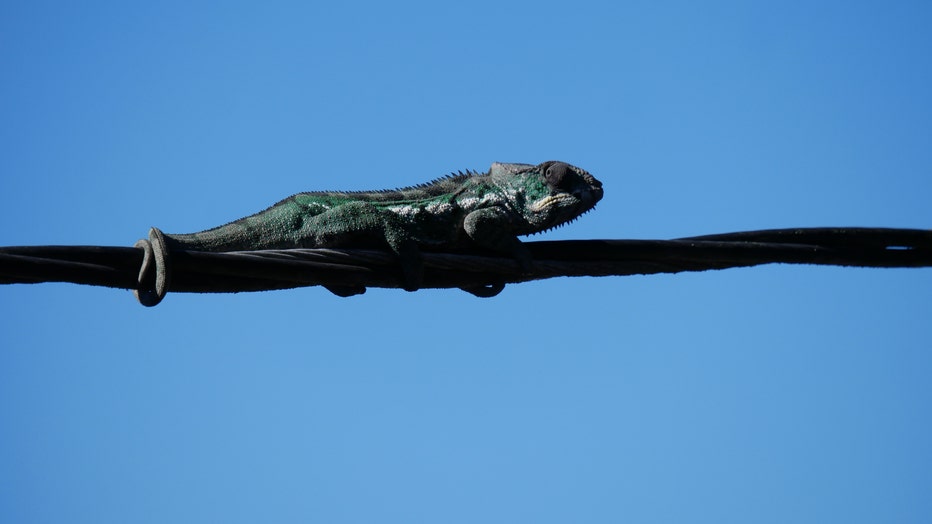 This chameleon was stranded for days on a Daly City wire. Credit: Peninsula Humane Society