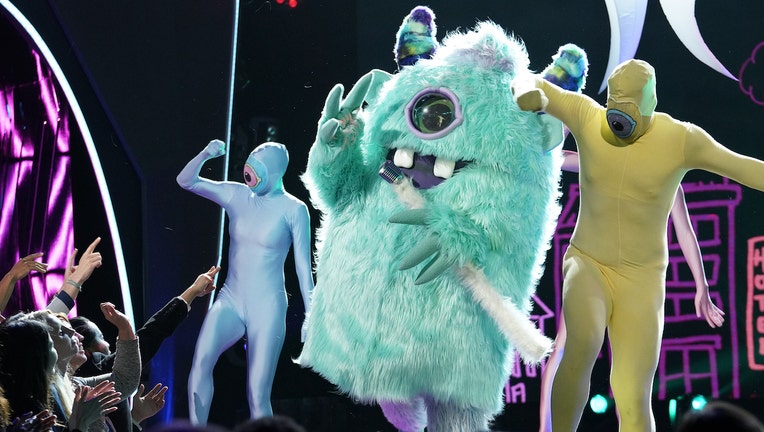 CHICAGO - Hope you like bonkers competition television shows, because the future is full of them.

FOX Alternative Entertainment (FAE), the unscripted studio within FOX Entertainment, has entered into a first-look development deal with Wonwoo Park, creator of the hit international franchise "The Masked Singer."

The deal means that U.S. and international audiences alike can expect more madness from FAE and dl turn, Park’s Seoul-based production company. And the first series to result from the deal may not be all that far away — the two companies are in development on an international format for "Lotto Singer," a Korean talent competition series with the twist that "viewers can win cash prizes by correctly betting on contestants’ performances."

Allison Wallach, head of FOX Alternative Entertainment, said in a press release: "Thanks to the creative genius and vision of Wonwoo Park, the success of ‘The Masked Singer’ and the impact it has had on FOX and numerous other networks throughout the world cannot be understated... Wonwoo’s ability to identify and develop concepts that are unique in premise and universal in appeal makes him one of the most innovative producers in the business, and we are excited to see where this partnership will take us."

Park added, "Korea had long been an unnoticed market, but over the last few years formats such as ‘The King of Masked Singer’ have been sold all over the world. Many K-POP singers are massively popular around the world, and Korean production companies clearly have the ability to produce high-efficiency programming. I expect this collaboration with FOX to create more hits, and our team here at dI turn is ready."

WATCH: "I Can See Your Voice"

Currently in its sixth season, "The Masked Singer" is the #1 primetime series in the U.S. After its stateside premiere in 2019, the format has debuted in more than 60 countries, including the U.K., Mexico, Germany, Australia and Brazil, to name a few.

In addition to his work as the creator of "The Masked Singer," Park is the CEO of dI turn and has been a series writer, creator and producer since 1997. Other credits include CJ Entertainment & Media’s "Top Gear Korea," "Mama" and "The Song Was Born"; "Million Seller," "The Hit" and "Singing Battle" for KBS; and "My Ranking" and "Dancing in the Box."

ABOUT FOX ALTERNATIVE ENTERTAINMENT: FOX Alternative Entertainment (FAE) is the in-house unscripted studio of FOX Entertainment. Formed in 2019 to oversee the production of television's #1 primetime series, "The Masked Singer," FAE develops and produces alternative programming for both FOX Network and third-party platforms. In addition to "The Masked Singer," FAE currently produces "I Can See Your Voice;" "Alter Ego," the 2021-22 season’s #1 new unscripted program; "Crime Scene Kitchen" (with Fly on the Wall Entertainment), Summer 2021’s #1 new series; "The Masked Dancer;" and "Name That Tune;" the all-new program "Domino Masters," with Eric Stonestreet hosting, among others. FAE nurtures new voices in the unscripted arena while building its portfolio by creating and identifying new formats to produce and distribute in the U.S. and globally.

Get to know "The Masked Singer" with these essential episodes, streaming free on Tubi

Season 4, episode 10 — "The Semi Finals – The Super Six": Season standout Sun (no spoilers!) delivered a number of top-notch performances, but her version of Billie Eilish’s "When the Party’s Over" might be not only her best of the season, but the best of the fourth season and one of the greatest in the show’s history. Mushroom’s rendition of the Amy Winehouse song "Valerie" ain’t half bad either.

Season 5, episode 1 — "Season 5 Premiere - Return of the Masks": Better remembered as the episode where (okay, a little spoiler follows, scroll past if you don’t want to know) ... (seriously, look away) ... (last warning) ... Kermit the Frog was revealed to be the Snail. Kermit the Frog! A fictional, non-human character! Also definitely the most famous celebrity to ever appear on the show! That was a wild one.

Season 3, episode 10 — "The Super Nine Masked Singer Special: Groups A, B & C": It’s important to remember that this episode aired on April 1, 2020. There was a lot going on that month! So while most April Fools Day jokes are indisputably lame, the one Astronaut pulled — "Rickrolling" America with a legitimately great rendition of Rick Astley’s "Never Gonna Give You Up" — was undeniably welcome.

Season 1, episode 8 — "Semi Finals: Double Unmasking": The double-unmasking is exciting, sure, but this episode is best remembered as the time Monster sang Sam Smith’s "Stay With Me," another contender for the best performance in the show’s history. Seriously, just listen to this.

Season 1, episode 1 — "Season Premiere: Mask On Face Off": Here’s where the madness begins, but as with any truly great episode of this madcap series, it’s one single performance that stands out. In the U.S. series premiere, the performance also happened to be the first performance. Peacock’s rendition of "The Greatest Show" from the Hugh Jackman movie musical "The Greatest Showman" was, appropriately enough, a show-stopper, and it set the bar high.