The woolly animal goes by the name, Lovely and was spotted regally sauntering down a road near Tilden Regional Park, apparently blissfully unaware of the motorized dangers that lurked.

Llamas are known to be social herd animals and quite curious, which might explain why Lovely decided to go exploring. 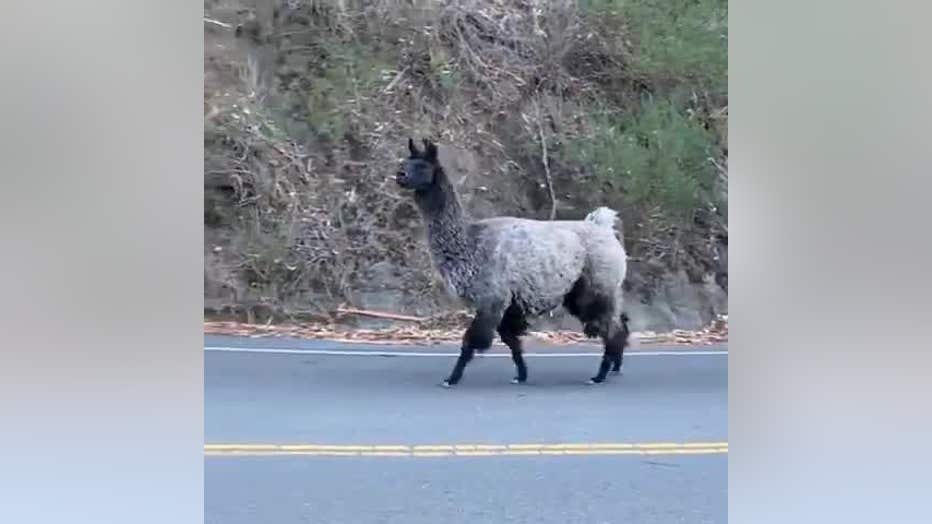 Video posted by East Bay Regional Parks on Twitter showed the animal finally picked up her gait to a slow gallop, when a car turned the corner toward her. (We can only imagine how baffled the motorist in the car was, watching the llama drama unfold.)

Llama on the Loose

Eventually, firefighters managed to corral Lovely. They even got her to pose for a photo with her rescuers, with whom she actually shares a common objective in the work they do.

Though it should be noted that Lovely's methods are a little different from that of the firefighters. Her work is to "remove flammable and overgrown vegetation one bite at a time."