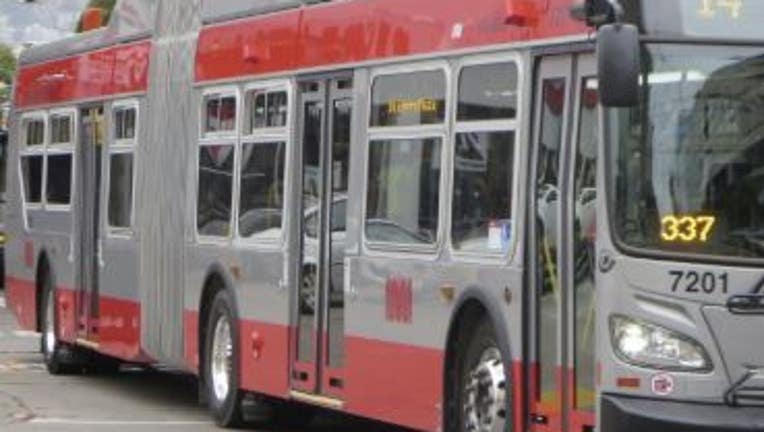 SAN FRANCISCO - Police in San Francisco have arrested a man who allegedly tried to rob a woman on a Muni bus one month ago.

Police learned of the incident when the woman walked into the Mission District police station about 7:10 p.m. on Oct. 7 to report the robbery.

In a news release issued early Wednesday, police said the woman told them an unknown man approached her and tried to grab one of personal possessions while riding a Muni bus. She told police she managed to hold onto the item as the suspect dragged her a few feet, before she gained control of it with the help of multiple witnesses.

The woman sustained minor injuries and the suspect fled the scene, police said.

Investigators obtained surveillance camera footage from inside the Muni bus and shared the images among officers throughout the city.

Almost one month later, officers in the Tenderloin District recognized the suspect while they were on patrol about 4:46 p.m. on Nov. 3 in the area of O'Farrell Street and Ada Court.

The officers detained 21-year-old Reymundo Suarez-Gomes and arrested him on suspicion of attempted robbery. He was later booked into San Francisco County Jail on suspicion of several additional offenses, including possession of multiple drugs and drug paraphernalia.