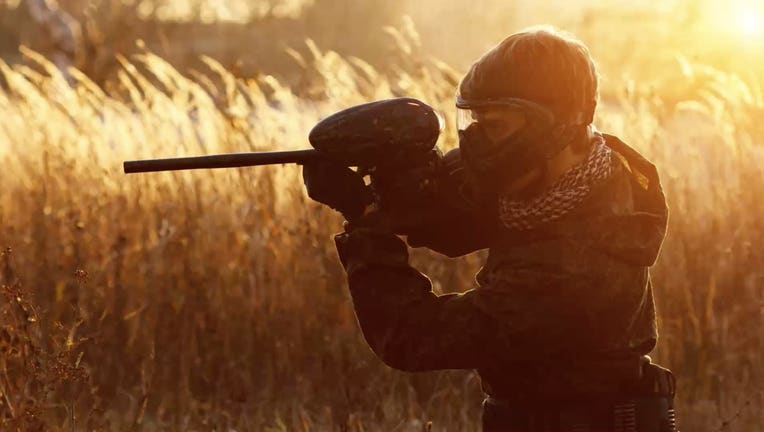 Tyrell Dreshon Atkinson, of Marin City, was taken into custody on suspicion of crimes that include assault with a deadly weapon and willful discharge of a BB gun or similar device, the Marin County Sheriff's Office said Saturday.

Deputies responded about 3:40 p.m. Friday to the 200 block of Drake Avenue in Marin City and found the 18-year-old woman who had been hit by the paintball rounds. The woman, who is pregnant, had injuries on her back, arms, abdomen and face, and she was taken to a local hospital for treatment.

Deputies were given a description of Atkinson and he was arrested about 3:45 p.m. A search of the suspect's car yielded a semi-automatic paintball gun believed used in the attack. He was booked into the Marin County Jail.

Atkinson was on Marin County Adult Probation for assault with a deadly weapon.

The sheriff's office has received other recent reports of dangerous paintball activity in the Marin City responded to about 20 incidents over the past few months involving young adults recklessly discharging paintball guns all throughout Marin City.

On Sept. 21, a 60-year-old Marin City woman reported being shot by paintballs six times by a group of five to six males in the area. On Oct. 6, a 34-year-old man reported he had been struck by multiple paintball rounds while riding his bike in the 100 block of Drake Ave. in Marin City. No arrests have been made in either of those cases.

Anyone with information or who may have witnessed the incidents is encouraged to contact the Marin County Sheriff's Office Patrol Division at (415) 479-2311.