The fire broke out Saturday night.

The man, who appeared to be in his 50s, likely died from smoke inhalation in the fire in a four-plex in the 800 block of 47th Street near UCSF Benioff Children's Hospital Oakland, said fire department spokesman Michael Hunt. The victim had only minor visible burns, Hunt said.

Firefighters, who arrived at the scene in about three minutes, had the fire out in a short time. No one else in the four-plex was injured or displaced, said Hunt, who said early indications are that a burning object fell behind the coach in the apartment where the victim was. Hunt could not confirm the victim lived in that apartment, though it appears that was the case.

The man's identity was not released Saturday night. 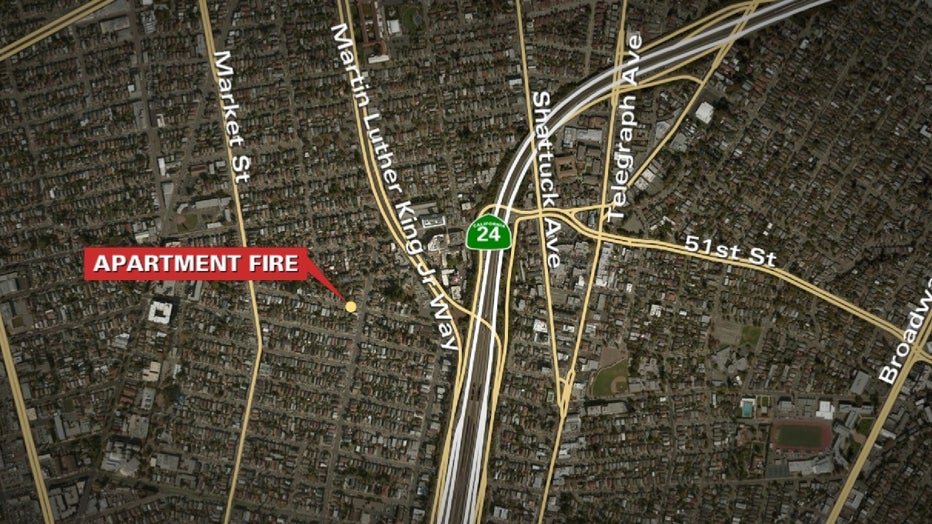