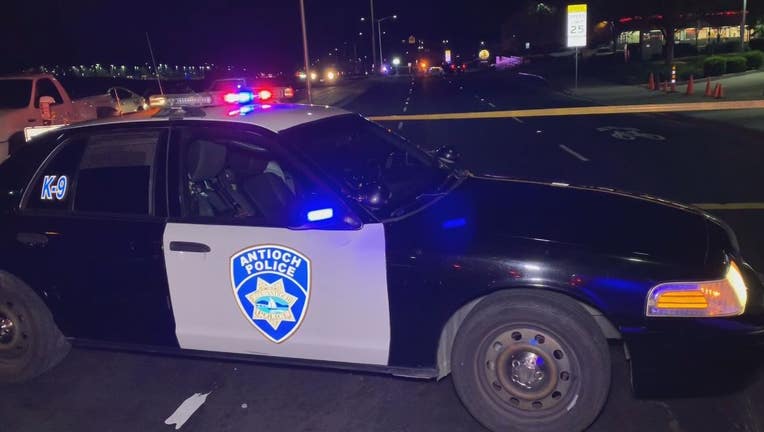 ANTIOCH, Calif. - Police in Antioch are investigating a shooting that occurred Thursday and sent a man to the hospital.

Officers with the Antioch Police Department responded Thursday at 8 p.m. to the CoCo Farms cannabis dispensary at 3400 Wilbur Avenue on a report of a shooting that had occurred in the parking lot.

When officers arrived, both the victim and the suspect had already fled the scene.

A short time later, a 27-year-old man suffering from multiple gunshot wounds was dropped off at the hospital, police said.

Police said the victim's injuries were not considered life threatening.

Investigators determined the victim had been shot by the occupant of a passing vehicle as the victim was walking through the parking lot.

Police have not released any information on the suspect.

A shooting in Antioch just one day prior killed a 52-year-old man.