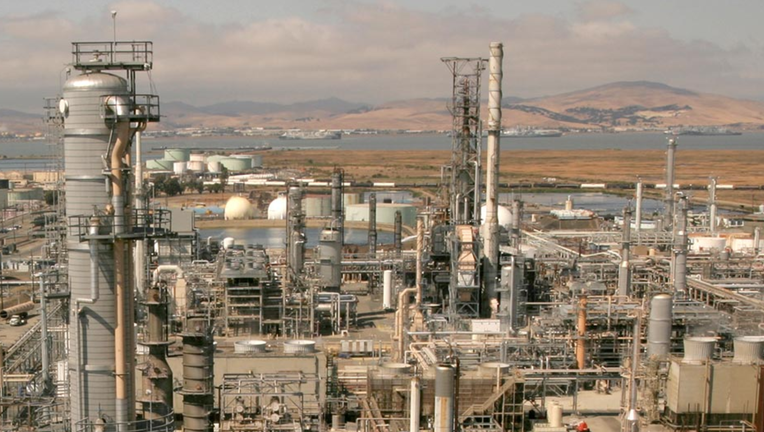 MARTINEZ, Calif. - The Marathon Petroleum Co. will "indefinitely idle" its refinery in unincorporated Contra Costa County and convert the site to a terminal facility, the company announced on its website Friday night.

The company is also putting a New Mexico refinery on indefinite hold and announced that most jobs would be lost at the two sites, with phased layoffs starting in October.

"We are also evaluating the strategic repositioning of Martinez to a renewable diesel facility, which aligns with California's Low Carbon Fuel Standards objectives and MPC's greenhouse gas reduction targets," the company's website announced.

Plummeting demand for gasoline amid COVID-19 coronavirus-related travel restrictions put the Marathon Martinez Refinery on a temporary hold in April and the facility began winding down production.

The refinery opened in 1913, and was called the Avon Refinery, named for the unincorporated Contra Costa County area north of Concord and east of Martinez. Since then, operators have included Phillips, Tosco, Ultramar Golden Eagle and Tesoro. Marathon bought the refinery in 2018.