Derek Demeter with Seminole State College of Florida talks about the historic launch.

CAPE CANAVERAL, Fla. - The countdown is on for the world's first all-civilian crew to head into orbit on SpaceX's Inspiration4 mission.

SpaceX is targeting a five-hour launch window on Wednesday, September 15, opening at 8:02 p.m. EDT from Launch Complex 39A at NASA's Kennedy Space Center in Florida. FOX 35 will have live coverage of the entire event starting at 7:30 p.m.

During their multi-day journey in orbit, the Inspiration4 crew "will conduct scientific research designed to advance human health on Earth and during future long-duration spaceflights," SpaceX said.

Inspiration4, which will last for approximately three days, is targeting an altitude of about 360 miles, the farthest for any human since the Hubble Space Telescope repair missions. The crew will orbit Earth every 90 minutes along a customized flight path that will be carefully monitored by the aerospace company's mission control. Upon conclusion of the mission, Dragon will reenter Earth's atmosphere for a splashdown off the coast of Florida.

Get to know the crew of Inspiration4:

Jared Isaacman is the founder and CEO of Shift4 Payments, an integrated payment processing solutions company. He started the company in 1999 from the basement of his family’s house when he was only 16 years old and now has around 1,200 employees.

An accomplished jet pilot, Isaacman is rated to fly commercial and military aircraft and holds several world records including two Speed-Around-The-World flights in 2008 and 2009 that raised money and awareness for the Make-a-Wish Foundation. In 2011, Isaacman co-founded what would become the world’s largest private air force, Draken International, to train pilots for the United States Armed Forces. 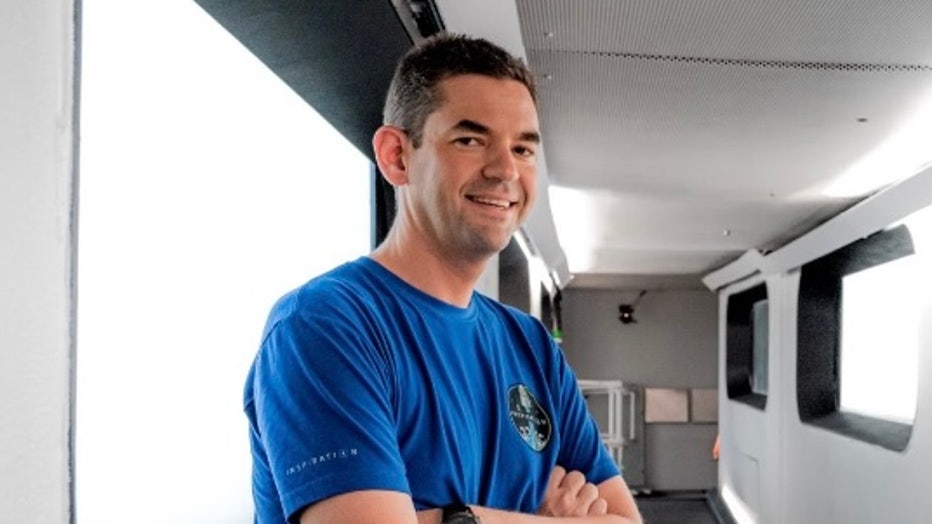 At just 10-years-old, Hayley was diagnosed with osteosarcoma, a type of bone cancer. She received chemotherapy and a limb-saving surgery from St. Jude Children’s Research Hospital. She is now done with treatment and thriving! She obtained an undergraduate degree in Spanish in 2014 and a Physician Assistant degree in 2016. She now works at St. Jude as a PA with leukemia and lymphoma patients. 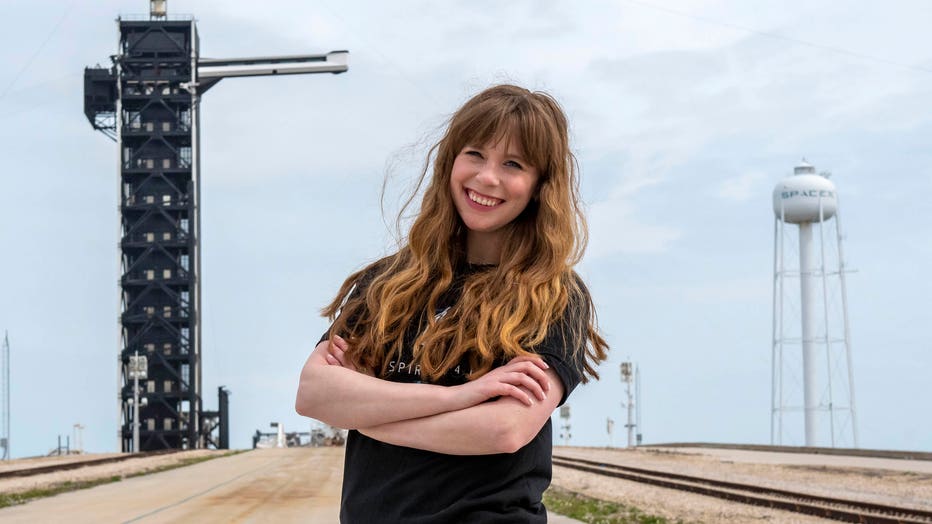 Sembroski has been interested in outer space since he was a kid. He later became a U.S. Space Camp counselor to help young people explore their interests in space. In college, Sembroski volunteered with ProSpace, a grassroots lobbying effort that promoted legislation in Washington, D.C., to help open space travel and allow companies like SpaceX to exist.

RELATED: What you need to know about SpaceX's Inspiration4 1st all-civilian spaceflight

He then served in the U.S. Air Force and deployed for service in Iraq before leaving active duty in 2007. He later earned a B.S. in Professional Aeronautics from Embry-Riddle Aeronautical University. Sembroski now resides in Seattle and works in the aerospace industry. 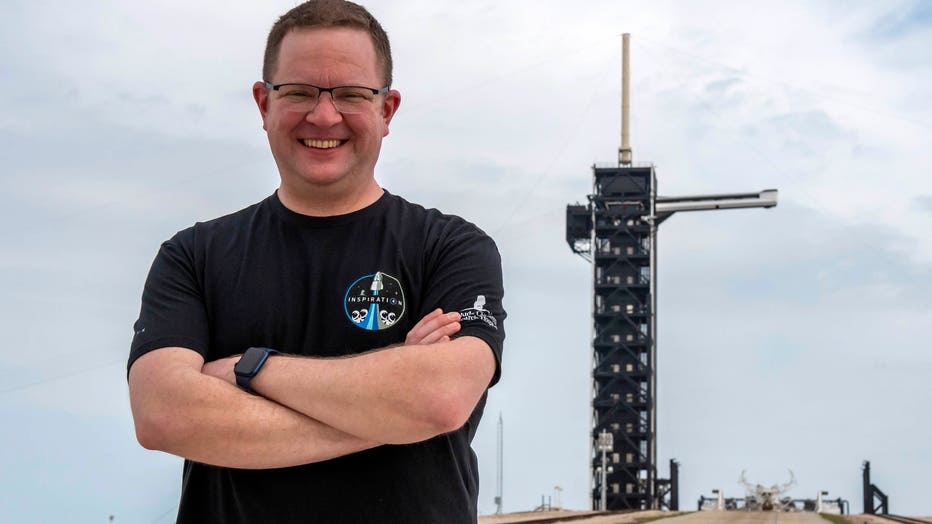 Born in Guam, Dr. Sian Proctor is a geoscientist, explorer, and science communication specialist with a lifelong passion for space exploration. Her father worked for the NASA tracking station during the Apollo missions. She’s an analog astronaut (a person who conducts activities in simulated space conditions) and has completed four analog missions.

Her motto is "Space2inspire," and she encourages people to use their unique one-of-a-kind strengths and passion to inspire others. She has her pilot license and is SCUBA certified. Dr. Proctor has been a geoscience professor for over 20 years at South Mountain Community College in Phoenix, Arizona and is currently on reassignment as the Open Educational Resource Coordinator for the Maricopa Community College District. 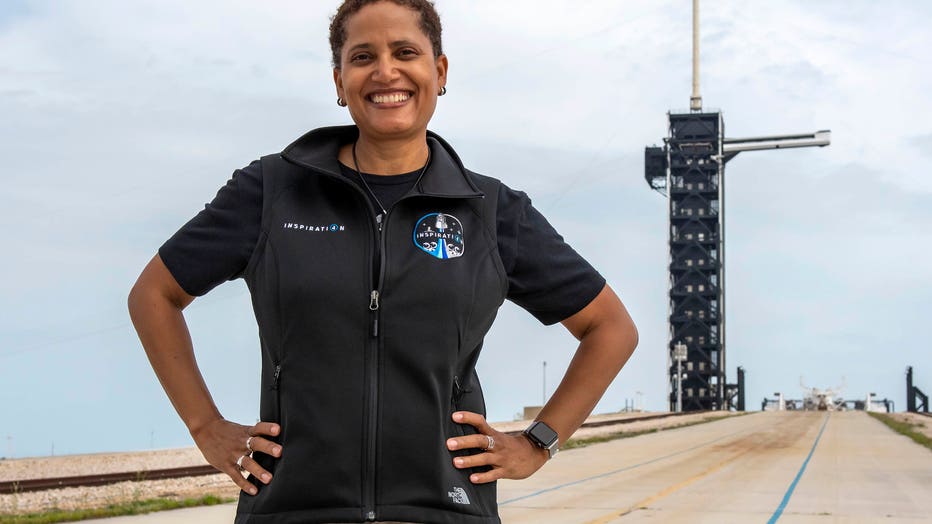 To help reach the goal, items from Inspiration4's payload will be auctioned off through November, including Inspiration4 mission jackets featuring unique artwork by St. Jude patients, 50 art NFTs from 50 different artists, 66 pounds of hops that, upon return, will be used to brew an out-of-this world beer by the brewers of Samuel Adams, and an autographed TIME Magazine cover from the four crew members.

More than $128 million has already been committed to Inspiration4's fundraising campaign.

FOX Business contributed to this report.

You can watch the launch live on FOX 35 News.