FOX is taking viewers to Fantasy Island — a luxury resort where literally any fantasy requested by guests is fulfilled, although they rarely turn out as expected. The original series was created by Gene Levitt and aired from 1977 to 1984.

Laura Leighton, Josie Bissett and Daphne Zuniga — all known for starring in the iconic ‘90s show "Melrose Place" — will guest-star in an all-new episode of "Fantasy Island."

"Melrose was on FOX, and we’re all three friends in real life," Bissett shared with FOX Television Stations. "I think we were all lucky enough that we were able and available, and FOX thought we were great, and here we are. We got to do it."

"Fantasy Island" is a reboot of the original television series, created by Gene Levitt, that aired from 1977 to 1984.

The show takes viewers to "Fantasy Island" — a luxury resort where literally any fantasy requested by guests is fulfilled, although they rarely turn out as expected. 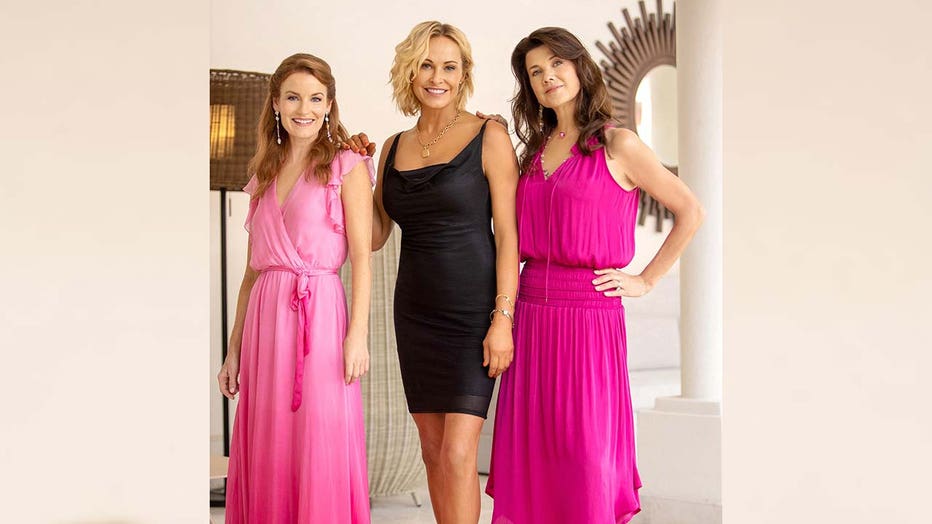 Leighton, Bissett and Zuniga said coming together for the special episode was "so much fun" and the ultimate reunion since they all live in different cities.

"We haven’t seen each other. We don’t hang out, so this was a real treat for that. Getting to know them even more now, it was great," Zuniga ("Spaceballs") revealed. "I didn’t want it to end."

Bissett, 50, continued, "We had a lot of catching up to do, and we had a really, really special time."

In Sunday’s episode, old friends Nettie, Camille and Margot come to the island to celebrate their 50th birthdays, but their fantasies expose fault lines in their friendship.

"The island doesn't always give you what you want, but maybe what you need," Leighton ("Pretty Little Liars") teased. 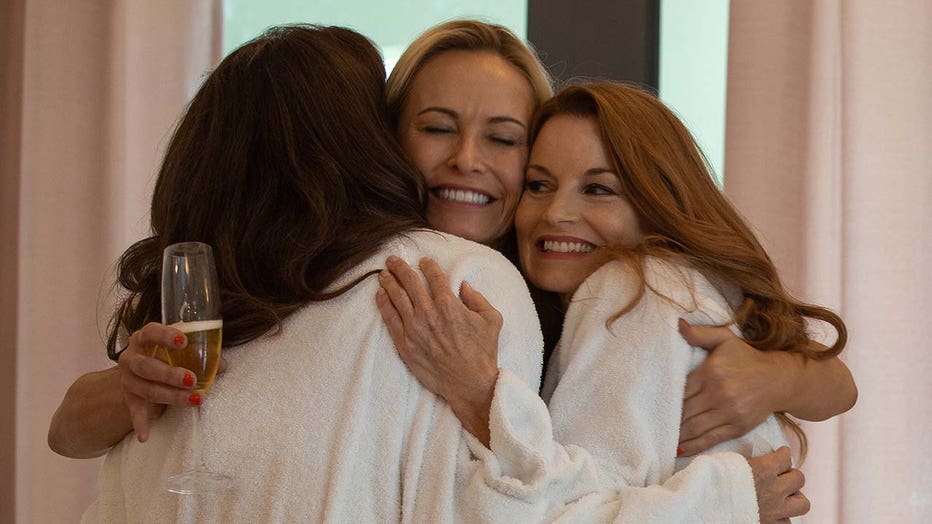 While the new "Fantasy Island" is similar to the original in terms of its premise, this time around, a female member of the Rourke family — Elena — is in charge of running the island. The show also utilizes a large female production crew.

"We’re working on a really cool show, written by women about women," Zuniga, 58, said. "I think the issues that these women come on to the island with are very relatable, and the friendships, as well, are very relatable."

Their long-time bond, the "Melrose Place" stars said, made working on the "Fantasy Island" set easy.

"There was really that element of chemistry because we have known each other and have a lot of trust in each other," Bissett shared.

"We shot ‘Melrose Place’ when we were kids," Zuniga added. "So now we’ve lived a whole sort-of middle life... the whole thing was a gift."

As for whether fans could ever see a "Melrose Place" reunion, we’ll have to wait and see — but Leighton said it would be fun.

"It would be super fun for sure, if this experience has anything to do with what that experience might be. We had a blast just working with the three of us together, we can only imagine what it would be like to work together with all of our cast. We’re all friends. It would just be a fun thing."

You can watch the all-new episode of "Fantasy Island" on Sept. 12 on FOX.

About the writer: Stephanie Weaver is a Los Angeles-based journalist. She is a host of the national streaming show, LiveNOW from FOX, and is a digital content creator for FOX TV. Find her on Facebook and Instagram at @StephWeaverTV.