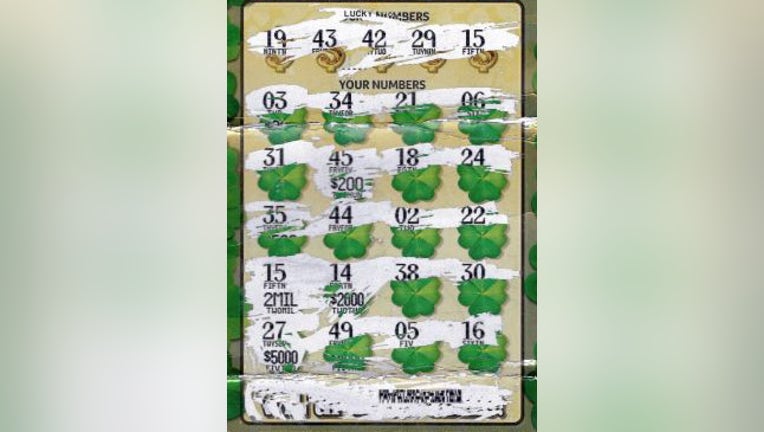 EASTPOINTE, Mich. (FOX 2) - A man in suburban Detroit was given the wrong lottery ticket. But there was no mistake about the result: a $2 million winner.

The Michigan Lottery said the man stopped at a gas station in Eastpointe, Michigan, to put air in a tire. He needed change for the air machine and also asked for a $10 Lucky 7's scratch-off ticket.

“I stopped to put air in my wife’s truck tire and I needed some change for the machine,” the anonymous winner said.

So he went in and asked for a $10 Lucky 7's ticket but the clerk gave him the wrong one.

"The clerk handed me the $20 ticket by mistake. He offered to exchange it for me but something told me to keep it. I am sure glad I did!” the man said in a statement released Tuesday by the Lottery.

The game is pretty simple, match one of the five lucky numbers with a number under the cloverleaf and you win the prize shown. His 15 matched, revealing the $2 million prize.

The name of the 57-year-old man wasn't released. He decided to take a lump sum of about $1.3 million instead of the annuity payments of $2 million.

He plans to use the money to buy a new home and save what's left. 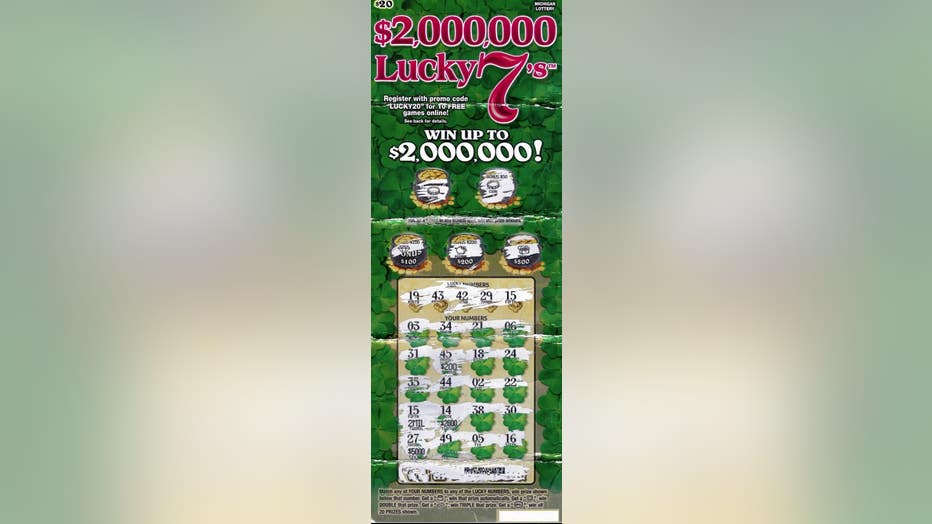