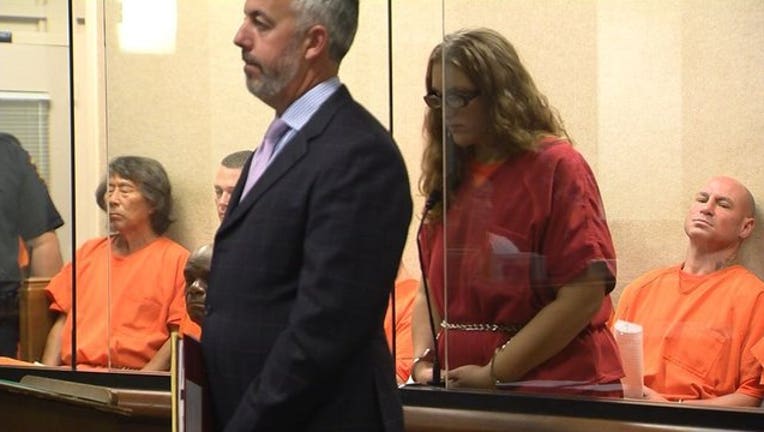 At her court appearance, Sarah Lockner's attorney Jonathan McDougall requested an extension because he had just gotten the case and needed time to prepare

REDWOOD CITY (BCN)-- A fast-food cashier suspected of trying to drown a newborn baby she had just given birth to in a bathroom in a Redwood City McDonald's earlier this month appeared in court this afternoon, prosecutors said.

The case was put over until Oct. 2, at which time Lockner is expected to enter a plea.

Lockner was arrested Sept. 4 after her co-workers called police to the fast-food restaurant at 185 Chestnut St.

Prosecutors said another co-worker looked over a wall of the bathroom stall and allegedly saw the baby face down in the toilet with Lockner's hand on the child's back.

The same witness looked away but heard the toilet flush. Prosecutors said Thursday that it was not clear whether Lockner flushing the toilet on the child.

When police arrived the baby was not breathing and did not have a pulse.

The child was taken to a hospital and placed in a medically induced coma. The child was alive today, but whether the child will suffer long-term effects from the trauma has not yet been determined.

Lockner allegedly said that she didn't know she was pregnant, but prosecutors don't believe that.

Lockner's attorney Jonathan McDougall was not immediately available for comment.